Why Perfectionism Can Hurt Your Running

Here’s how to strike the balance between dedication and perspective.

It’s hard to say whether distance running attracts or breeds perfectionist tendencies. Nearly 20 years of competitive running has brought so many people-pleasing, black-and-white thinking, results-obsessed personalities into my orbit that it’s easy to lose sight of how extreme we can be.

Perfectionism, according to the American Psychological Association, is “the tendency to demand of others or of oneself an extremely high or even flawless level of performance, in excess of what is required by the situation.” It’s associated with depression, anxiety, eating disorders, and other mental health issues. For runners, it can also lead to burnout, an increased risk of injury, and a loss of the simple but profound pleasure our sport can bring.

Lennie Waite, Ph.D. and an Olympic steeplechaser, says that perfectionism can surface in runners in a handful of ways. Such athletes are often overly self-critical, even when they’ve given their best effort; quick to blame themselves for poor performances, despite the cause being out of their control; likely to train through injury or at an intense level for longer than is beneficial; and inclined to feel like they “should” or “must” run, rather than doing it out of desire.

As to why perfectionism is so prevalent in running, Waite offers two theories.

“There are a lot of numbers involved [in running], and hitting numbered targets is right up a perfectionist’s alley,” she says.

Secondly, as most athletes can attest, diligence, discipline, and a whatever-it-takes attitude are essential ingredients in a successful career. Runners with those qualities are sure to hit their mileage, execute their workouts, do all the little things, and generally hold themselves accountable for getting the work done no matter what.

But a darker side of perfectionism can emerge when it goes unchecked. Waite says that athletes who hold themselves to the highest of standards, with no room for error, often miss or brush off the early warning signs of burnout, chronic fatigue, or injury. They’re also easily ensnared by the comparison trap, which is a recipe for exhaustion and dissatisfaction. Finally, as Waite explains, incessant striving to be flawless can steal the joy from performances and the sport itself, as rarely do plans unfold exactly as we’d hoped.

My pursuit of perfection

This is familiar territory for me. For as long as I can remember, I’ve had an irrational fear of failing and letting others down. Once I got serious about running, those worries blossomed alongside my desire to optimise every running-related variable I could think of: mileage, form, nutrition, sleep, core work, recovery, and on and on. There’s no doubt that some of that helped me jump from one level to the next, as I went from an 11:07 3,200-meter runner in high school to a 69:40 half marathoner today.

But at many points along the way, that line of thinking and striving has been counterproductive. In addition to becoming extremely self-critical and hungry for approval, I picked up some habits that have held me back. I was riddled by injuries throughout college, some of which I’m sure I could have avoided had I been more attentive and patient. More than once, I’ve started a new training log midseason after a few unplanned days off. I’ve spent full nights ruminating about poor races (and worrying about ones to come). And saddest of all, I’ve let the fear of falling short keep me from trying more times than I can count.

A prime example: One day during my senior year in university, my coach called me into his office and told me I’d been medically cleared to race the regional cross-country championship. He expected me to jump with joy—I’d been out all year due to a hip injury that required surgery, and all I’d wanted was to be back in uniform, cranking with my teammates.

But I surprised him by bursting into tears. Instead of the low-pressure opportunity to help my team and put an obscene amount of rehabbing and cross-training to use, all I could see was how unprepared I was: I’d done only a few workouts on land, zero with hills. However fit I was, I wasn’t where I’d been in prior seasons. I was certain I’d embarrass myself and let my team down.

My coach eventually talked me off the ledge, convincing me that he wasn’t asking for a miracle performance—just my best effort. Good thing, because the next weekend, I helped my team advance to the national championship by the slimmest of margins. Were it up do me, I never would have spiked up that day, and my fear of inadequacy would have been fed. But instead, I learned what it’s like to show up undercooked, give my best, and walk away a little braver. To this day, whenever I’m tempted to hold out from something until I feel fully prepared (which is still more often than not), I think of that race and what I would have lost had I sat it out. 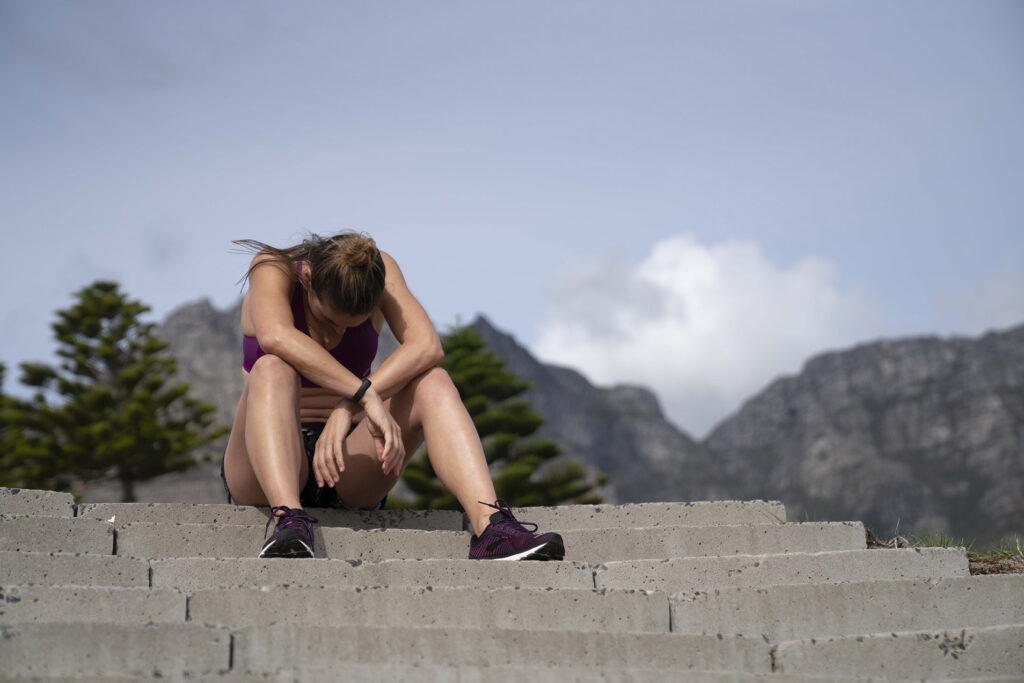 Molly Seidel, a Tokyo Olympic qualifier in the marathon, has been open about her own history with perfectionism. For years, so much of her running was focused on doing everything just right: getting in the perfect training, eating the perfect foods, and controlling every element of her life. At times, it looked like she’d landed on the winning formula.

I was so focused on making the team and making sure that everything was going to go perfect, and then I just broke.

The part of her journey that competitors and fans couldn’t see was how deeply Seidel suffered as a result. In addition to numerous injuries, an eating disorder, and a close call with early retirement, Seidel was heavily burdened by what felt like an obligation to excellence. Once she won her first title as a junior, anything less than victory was deemed “extreme failure.” The three titles that followed offered more relief than joy, and by the time her eligibility ran dry, Seidel had begun to crack.

It all came crashing down in her buildup to the 2016 Olympic Track and Field Trials. “I was so focused on making the team and making sure that everything was going to go perfect,” she says, “and then I just broke.” Seidel didn’t even make it to the starting line of what was meant to be the biggest race of her life.

She spent the next four years unlearning some of her destructive tendencies. Much of her progress was made while in intense eating disorder therapy, including the realisation that “the universe is chaos and you can’t control anything.” So many runners are obsessed with marginal gains—“a culture of optimisation,” Seidel calls it—that they don’t realise that the aggregate is what matters most. As she sees it now, if the majority of the time you’re making sound decisions and getting in the work, you have some wiggle room for things that bring you joy but aren’t necessarily performance-enhancing (like ice cream, beer, or an all-day music festival).

Seidel’s path to the 2020 Olympic Marathon Trials couldn’t have been more different from her attempt four years earlier on the track. She calls her marathon buildup “the epitome of anti-perfection,” having recently left her first pro team, placed her trust in a brand new coach, and barely survived the training. She dropped out of numerous workouts and at times felt like she was just out there winging it for an event she had no experience with.

But on race day, Seidel rose to the occasion, beating all but one competitor to make her first Olympic team. Since then, she’s strung together her longest stretch of healthy training in years, and nabbed personal records in the half and full marathons. If that’s not an endorsement for an approach with some wiggle room, I don’t know what is.

If you, too, lean toward perfectionism, here’s some collective advice for working on it.

“Don’t let perfect be the enemy of great.” One of Seidel’s therapists fed her that line, and it stuck. It applies to running and any other domain: school, work, parenting, relationships, etc.

Give yourself a challenge. Perfectionists tend to respond to challenges, Waite says, so use that to your advantage. Challenge yourself to take a regular off day if you normally avoid them, or try a new restaurant every so often if you find comfort in preparing every bite yourself.

Write (or talk) it out. Journaling has been an instrumental in my journey past perfectionism, and some may find the same with therapy. Recognising why I do what I do and where my fears come from is the first step in replacing some of my habits with healthier ones.

Expose yourself to situations in which you have little control. For Seidel and me, traveling (especially to East Africa) has been the ultimate instructor in flexibility and adaptability. Look for opportunities that put you out of your element, and practice going with the flow.

Prioritise longevity and sustainability. Waite encourages runners to operate according to their long-term health and relationships with running, rather than the desire to tick every training box every day.

Consider the aggregate. Instead of overanalysing every detail that might impact your running, focus on “the broad strokes or the aggregate,” as Seidel has learned to do. A solid body of work gives you room for the occasional indulgent meal, poor workout, and bad night of sleep.