Train For A Half Marathon By Running 3 Times A Week

Not every half marathon training plan needs to be all about racking up the kays. Here's how to properly prepare for 21.1km with three key runs each week.

Everyone who signs up for a half marathon signs up with the best of intentions – we’re not going to skip a single kilometre of our training plan, we’re going to cross-train at least twice a week, and we’ll definitely set aside dedicated time for recovery work. Well…LOL. The reality is, life gets in the way.

And with most half marathon training plans calling for at least four or as many as six days of running per week, it’s almost like you’re setting yourself up for failure if you have a demanding job, a family, or a social life.

But you can train for a half marathon by running just three days a week. One landmark study found that when veteran marathons followed the three-day-a-week Furman Institute of Running and Scientific Training(FIRST) programme developed by researchers Bill Pierce and Scott Murr for 16 weeks, they improved their finishing times by an average of almost 20 minutes. Does that translate to the half marathon? “Definitely,” Pierce says.

Why Three Days a Week?

While running more isn’t going to hurt your half marathon chances (the best half marathoners run around 160 to 230 kilometres per week!), running less can actually help. Besides the fact that running won’t completely take over every one of your non-working or sleeping hours, “you’ll have less cumulative fatigue throughout your body, making for high levels of the anabolic hormones that trigger muscle growth and fat burning, and your cortisol – which has the opposite effect – will be lower,” says Alex Harrison, Ph.D., a certified strength and conditioning specialist, USA Track & Field-certified running coach, and sport performance coach for Renaissance Periodization.

If time isn’t the issue, the other major plus to running fewer days per week is less of an injury risk. “You’ll also have less tissue fatigue in your muscles, tendons, ligaments, fascia, etc., resulting in a lower chance of overuse injury,” Harrison says.

But remember: It’s about what works for your body. “Running is universal, but every body is different,” says Roberto Mandje, a former Olympic distance runner. “Don’t be afraid to back off and don’t compare your training to anybody else’s – three days might work for you while three doesn’t work for somebody else. There isn’t a magic number out there.”

Any time you’re training for a race, it should be about more than logging kays on your feet. But when you’re only running three days a week, you need to be especially strategic about how you run those kilometres.

Then, “your running plan is going to break down into one easy run, one threshold workout, and one long run, ideally with one day of recovery in between,” says Mandje. “Each one of these runs has different benefits for your running performance, and since the real gains don’t happen until after your workout, giving your body that time to recover can really help.”

1. Easy run: These are meant to be slow, recovery kilometres at the start of the week. “You should be running at a comfortable pace – a pace where you can hold an easy conversation, say, a 4 to 6 effort out of 10,” says Mandje. The point of these kays is too flush out your legs and continue to build strength (every step counts!) without overtaxing your body.

2. Threshold run: These runs teach you how to push past your comfort zone. When your body starts producing acid during intense exercise, you start to ‘feel the burn’ and slow down your pace out of necessity, explains Harrison. “But if you can train to maintain your speed while feeling the burn, your body will eventually learn to tire less,” he says. 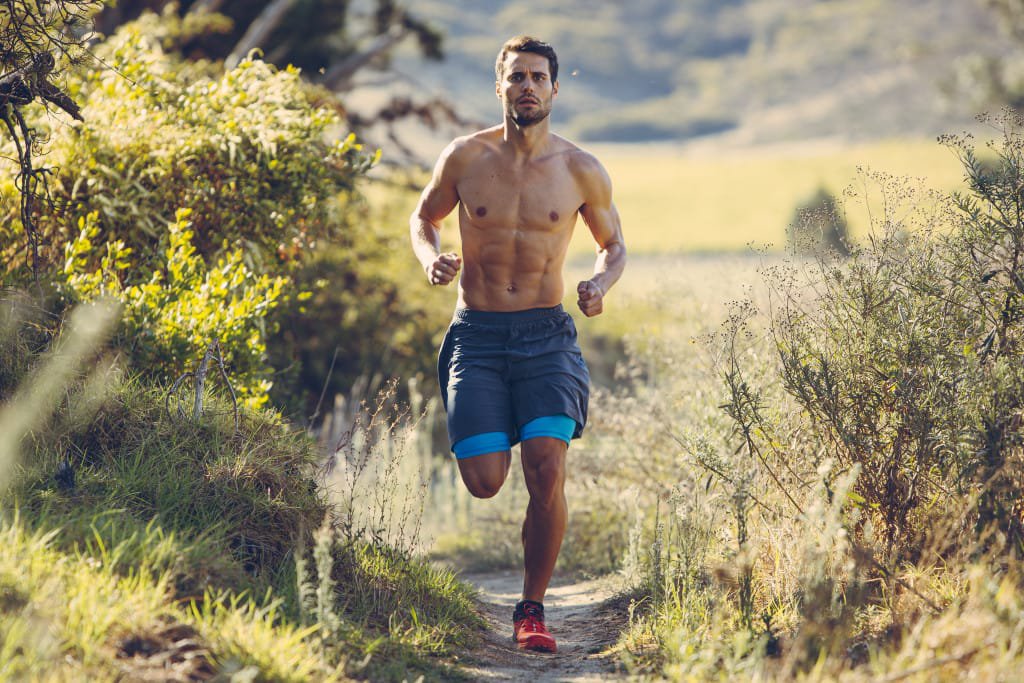 There are a two types of runs you can do on threshold days: speedwork or a tempo run.

For a tempo run, you’ll start with a warm-up jog, speed up to a pace that’s 15 seconds faster than your GHMP for a number of kilometres, then cool down. “The tempo run enables the runner to keep running at a faster pace,” says Pierce. “And it also trains the runner to keep running beyond his or her comfort zone, which is what a runner must do in a race.” You should feel uncomfortable at the end of these runs; they’re not meant to be easy!

3. Long run: “This is the cornerstone run of the week, as these longer runs build both strength and confidence,” says Mandje. “It’s less about hitting a certain kay number and more about consistent, steady-state cardio.” Plus, without the endurance-boosting long run, speed workouts and tempo runs would gradually wear you down.

The key with each of these workouts is quality over quantity of kilometres: Don’t obsess over the number of kays a training plan calls for; instead, focus on what kind of effort you’re putting into those distances. “That way, you can make sure you get the most quality out of the quantity of training that you’re putting in,” says Mandje.

What About the Other Days?

Just because you’re only running three days a week doesn’t mean that’s the only training you should do. Obviously, what else you do depends on how much time you have – maybe you have time for more workouts but only want to do three runs for injury prevention; or maybe you have some extra time available the other days of the week, but not enough time for full running workouts.

If you have the time and want more cardio but don’t want to subject your body to the impact of running, add in an easy cycling, swimming, rowing, or elliptical workout – “something that uses the leg musculature in a non-impact, low-loading, lower time under tension (higher cadence with low resistance), endurance sort of way,” says Harrison. That will help you with the aerobic and/or leg turnover aspects of running without the wear and tear of pounding the pavement.

A traditional strength training day is also important, especially since it helps fortify the muscles and joints you need to keep moving forward – so if you’re crunched for time, skip the extra cardio for a total-body workout. “Two strength training workouts with a focus on upper body and leg strength as well as power training” would be ideal, says Harrison.

And, yes, you can have a day off— “a day to rest and recover without cross-training or any other major form of exercise,” says Mandje. But that doesn’t mean you should just sit and binge a Netflix show after work. Maybe you do 15 minutes of mobility work, or a restorative yoga flow. Active recovery is still recovery – and it can help you optimise your performance the next time you lace up.

Training for the 2019 Two Oceans Half or Ultra? Get your training programmes here!