Should You Grab a Gel, Energy Bar, or Sports Drink?

Fuelling your long runs and races is just as important as training for them. Anyone who’s bonked (and who hasn’t?) knows you can’t skimp on your mid-race carbohydrate fix. But how you get your carbs matters too. New research from Massey University in New Zealand found that athletes who consumed gels, sports drink, or a combination of an energy bar with gel and drink had less gut discomfort, less fatigue, and a decreased level of exertion compared with those who only ate an energy bar.

During a marathon, 60 to 75 per cent of your fuel comes from carbs, and the remainder from fat. For a half marathon, when you’re running faster, you use even more carbs. Carb stores, which are made up of glycogen, give you the ability to move. But they’re limited, lasting about an hour for hard efforts and two hours for a slower pace. At this point, you’ll start running on empty, which causes your blood sugar levels (glucose) to plummet. That’s when you hit the wall. Taking in quick carbs – gels, chews, and sports drinks – will keep your glucose levels stable, allowing you to keep moving forward (somewhat) comfortably.

When you’re on the road for more than 60 minutes, you’ll need 30 to 60 grams of carbs per hour, according to the American College of Sports Medicine. The athletes in the New Zealand study consumed carbs every 20 minutes. Make sure you’re getting enough fuel by dividing it into 420kJ chunks (about 23 to 25 grams of carbs). Gels and chews on the market often fall into this range. (Bars can be harder to digest due to their protein and fat content.)

Studies show that having a fuel source with different types of carbs (e.g. maltodextrin and cane syrup) can improve absorption. The carb source in the New Zealand study contained fructose and maltodextrin. Just try your fuel in training first! 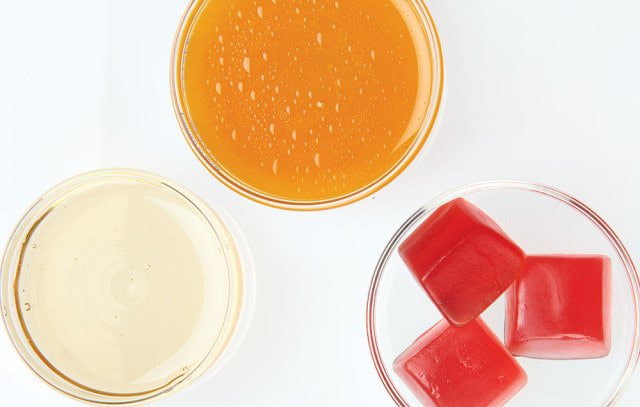 If you hit the wall…

Caffeine may help. Aim for 30 to 50mg (gels and chews typically have 20 to 50mg per serving) a little more than halfway through your run. The kick can help make the effort feel easier.

Rinse your mouth with a sip of sports drink for about 15 seconds before spitting it out. This will alert your brain to the presence of carbs, lowering your perceived sense of exertion.

If your fuel is sloshing around in your stomach, a toilet break may help calm things down.