The Fordyce Diaries: How He Started Real Slow

Bruce Fordyce is one of South Africa’s most celebrated runners.

In this extract from his newly-published book, Winged Messenger: Running Your First Comrades Marathon, he takes us through his first stuttering steps on the road in June 1976 to become the most successful Comrades winner of all time.

Tired at the end. Pushed last lap. Walked 1 lap then jogged back. Coughed a bit…. wheezed a bit!

The journey had begun, and it was not the most auspicious of starts, but the journey must start somewhere for all of us. Initially, I recorded the time I spent running or walking. Later I switched to the distance covered.

Importantly, I made that first run extremely easy and gentle. By restricting my first run to a few laps of a flat rugby field, I ensured that I would have no problem with running again the next day, and for the days and weeks after that.

Too many novices run too fast and too far when they start running. As a result, they find running an unpleasant experience. Most would honestly describe running as a chore. “I don’t enjoy running. I enjoy having run.” As a result, the first half-decent excuse they have not to run (foul weather, work commitments, or lack of motivation) brings their running ambitions to a grinding halt.

I didn’t realise it at the time, but those first running steps were the greatest gift I have ever given myself. Running was to become a vital part of my life; and 44 years later, I still run almost every day, and have run well over 200 000 kilometres.

By restricting my first run to a few laps of a flat rugby field, I ensured that I would have no problem with running again the next day, and for the days and weeks after that.

Most importantly, I still derive great joy from my running. I sincerely hope that you, the Comrades novice, will also start a lifelong love affair with our sport.

There were three venues that I ran to and from in those early days. One was the College House, Men’s Hall of Residence at Wits University. This first run described above was from my room in residence and around the nearby rugby fields.

One thing was constant: all three venues were situated in Johannesburg’s beneficial high altitude, and hills surrounded all three. I could not have selected a better training environment.

Played squash in the morning. Ran 15 mins. Easier pace than yesterday. Cold is hurting my ears. No coughing or wheezing. Arch a little cramped.

I recorded all physical activity in my training diary. I still do. In fact, I have always taken note of the complete physical exertion of each day. If some other activity has taken its toll, I will trim my running plans or adjust my schedule.

It’s interesting that I found it very cold. Our winters are without a doubt not as intensely cold as they were in the seventies. At that time, I also ran at night, because I was embarrassed to be seen running. Runners were not the common everyday sight they are today.

I wrote, “It has been absolute rubbish that I have not had exercise as part of my life for so long.” 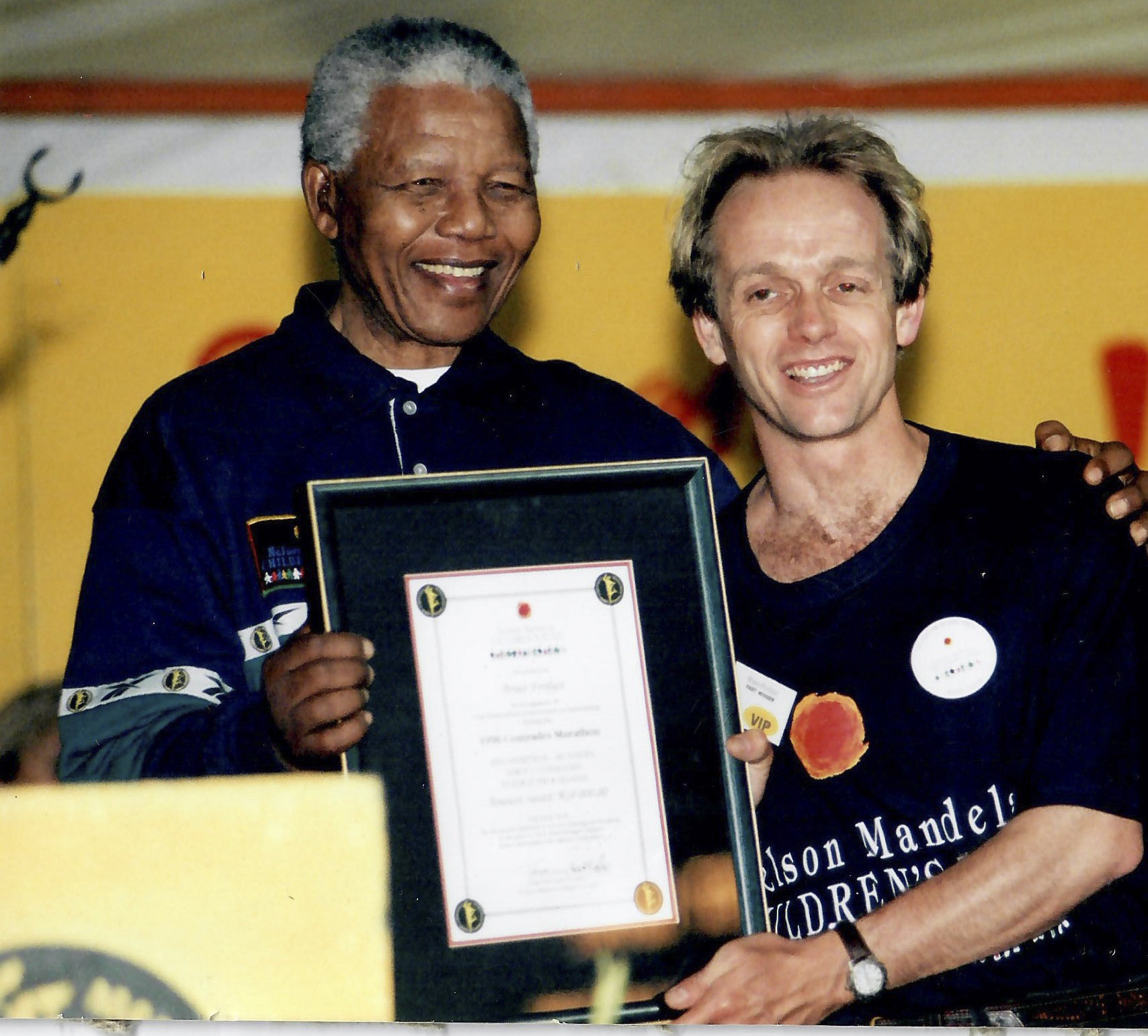 I learned early on that not every run is fun, and that running, food and tummies often disagree.

I have never eaten anything before a race, and I never ate anything or had breakfast before any Comrades Marathon. I am always too nervous to eat, and that awful feeling of a half-eaten banana sitting under my Adam’s apple while I’m trying to run a major hill is something I can do without.

Besides, even the skinniest of fat-adapted athletes understands that we have thousands of calories in the form of body fat waiting to be burned.

June 11. Played squash in the morning. Tired after run.

Old boys match at Woodmead, my old school. Running had not yet begun to dominate my life, but it would not be long before it grew in importance.

Surprisingly, for a small guy, I was quite a good player. I loved to play scrumhalf, and I was not afraid to tackle. I’m still a passionate rugby fan and a brilliant armchair critic!

I did not realise it at the time, but this was to be the last game of rugby I ever played.

Woke up very stiff. Full of aches. Took a long walk (5 miles to loosen up) 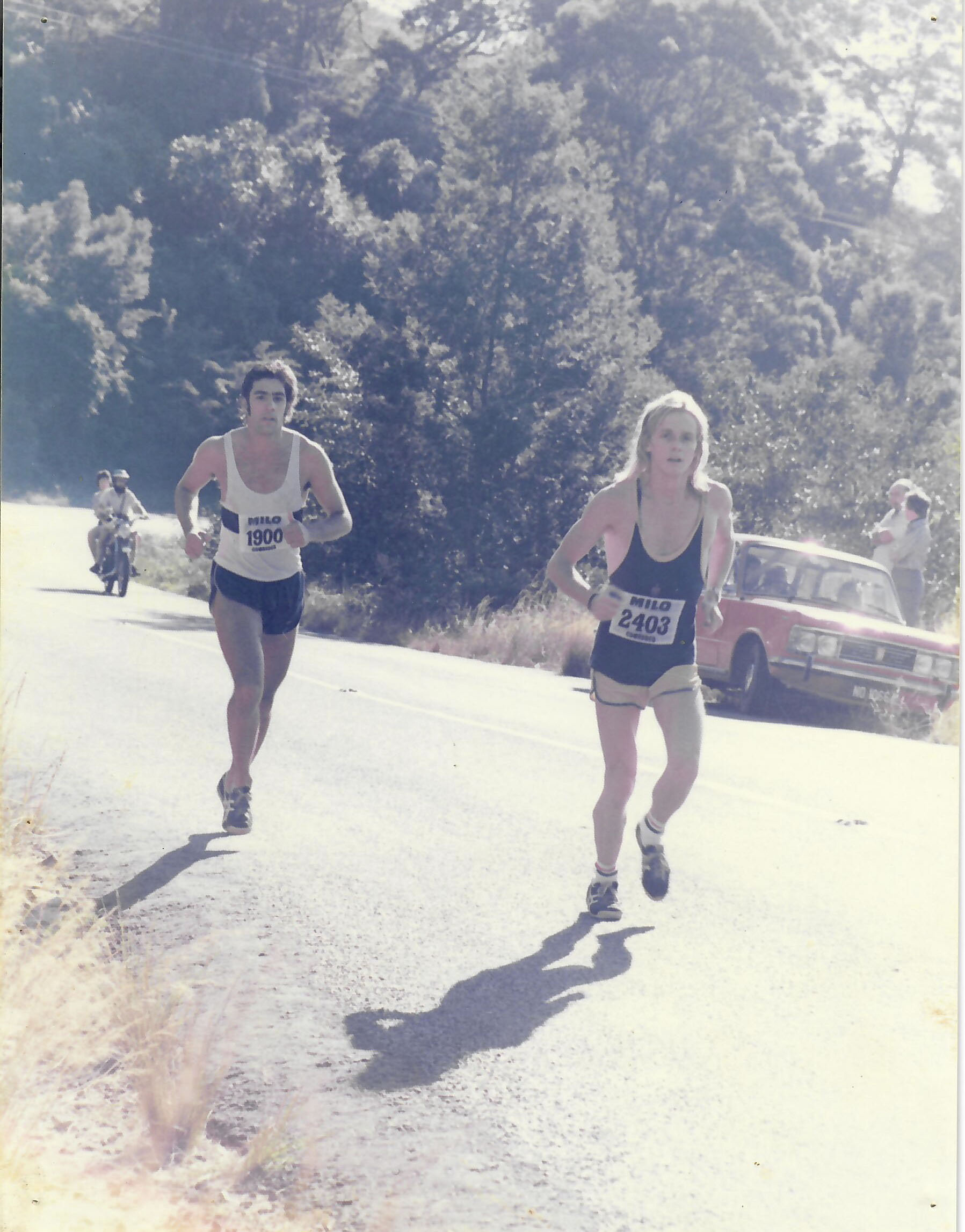 I forgot to write down the distance. As I mentioned at the start of this diary, in those early days, I often only recorded the time I spent running. Some coaches and runners still do this.

Very enjoyable run. Decided to run around campus. Far more enjoyable. Finished up with a few laps on the track.

All South Africans know about the awful events of this day, and what can one say about one of the most momentous and terrible days in South Africa’s history? News was filtering back to us on the Wits campus that there were mass riots in Soweto, and that thousands of students and young school children were protesting against a government Bantu Education decree requiring that they be taught at least half their lessons in Afrikaans. We heard that children had been shot and killed and that the army and the police were almost at war with the demonstrators.

I remember smoke on the horizon curling up into the air from the direction of Soweto. All-day long, Wits students were trying to get information and to mobilise to do something in support of the Soweto children. It was a chaotic, adrenalin-filled day. Running training laps around campus or on
the Wits rugby fields
seemed trivial