It’s 6:03 in the morning, and our early-riser-Friday posse have all summited Lion’s Head.

Stuart Hutcheson – a decade ahead of the rest of the group, in age – has brought up the rear, still clocking more-than-impressive sub-25 minutes over this torturous 2.2km fight against gravity. And he’s not far behind some really fast guys, who will finish on race podiums come the weekend.

But the ‘biggest smile’ award? No contest. That prize goes to ‘Hutch’ – just like it did last Friday, just like it will next Friday too.

For Stuart Hutcheson, the bug bit late in life. It was only in his mid-forties that he discovered his strong affinity for all things running.

It was only in his mid-forties that he discovered his strong affinity for all things running.

Having reached a stage of being ready for new experiences and a fresh direction, Hutch didn’t settle for running as a sideshow; he dived in head first, with passion, and a hunger to make his mark. This led to a study of the running landscape – not just as a playground, but from a business perspective, too – and an agreement to represent British footwear brand Vivo Barefoot in South Africa.

The big challenge, Hutch found out, was not to discover a great brand that South Africans would love; it was to get it to them by way of the limited amount of retail space there was in sports stores at the time. Understandably, that space was (and to some extent, still is) taken up by the well-established and popular brands that have been at it for many years. 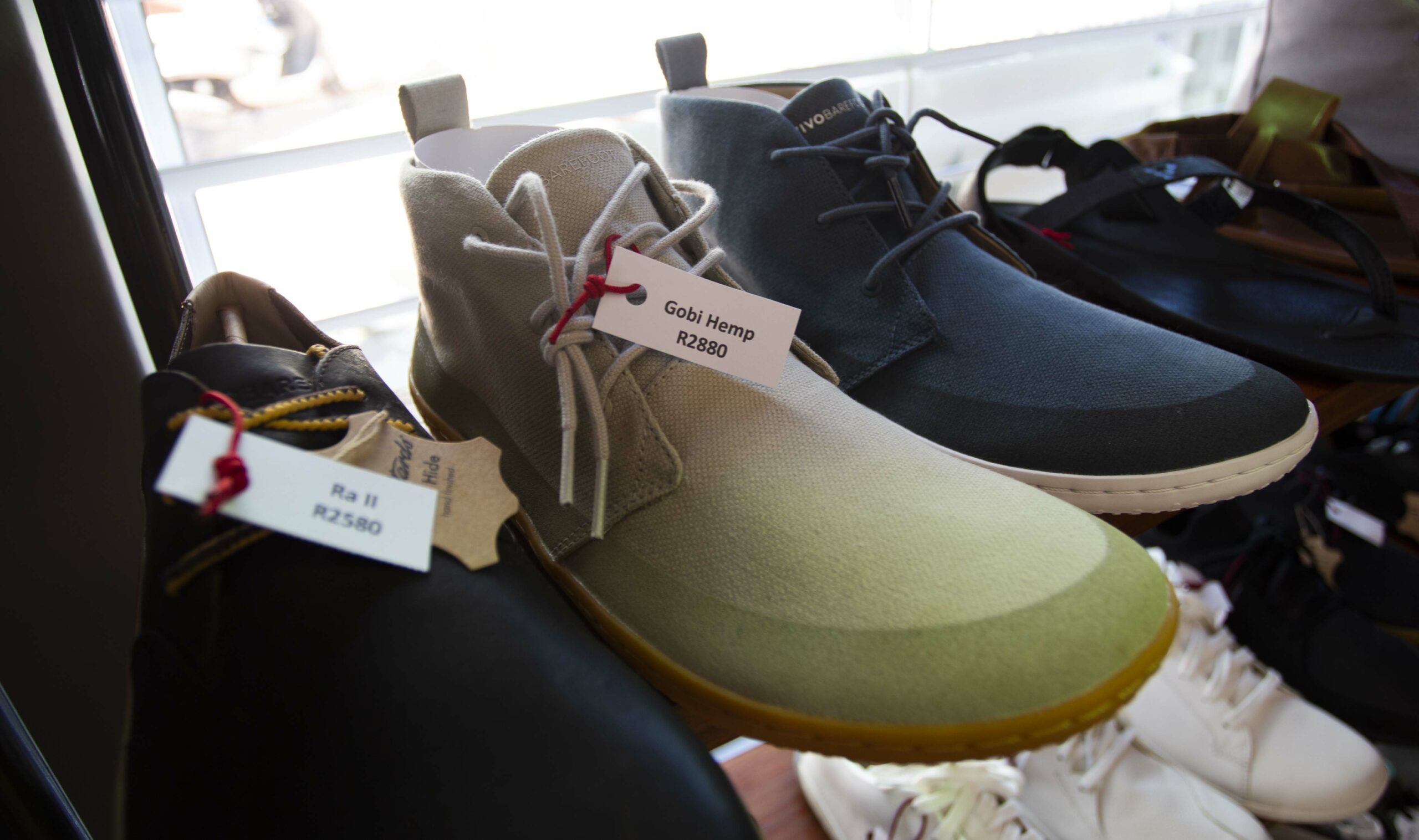 It’s a pity for all concerned, though; as at the end of the day, South African runners are the ones who miss out on a variety of niche products.

Vivo Barefoot certainly fell into the category of niche running shoes. Admittedly, the surge in interest in minimalist running culture was a boost for these truly simple shoes: zero midsole cushioning, zero drop (difference in height between heel and toe), a wide toe box.

And a focus on simply making a puncture-resistant shoe, with uncompromised proprioception of the foot as its main goal.

Hutch’s hard work and total belief in the merits of his footwear gained Vivo Barefoot some ardent supporters. The Friday posse even started winning races in this new shoe on the block. But breaking into the mainstream market as significantly as he would have liked remained a challenge.

Fast forward to five years later: with his own store – Moove, in Claremont – Hutch is as dedicated as ever. But now, not only has he gained vast experience to enhance his conviction about the benefits of natural running, but more and more South Africans are shopping online – and the digital landscape is one Hutch knows Vivo Barefoot can thrive in.

“We’re already firing at over 60% (of sales) online, so it’s been quite a radical shift,” he explains. “But the store is still important, as a concept point, to bring brands that have an affinity for movement together.”

One look around the store, and all this makes perfect sense.

A whole wall is used to show off the Vivolicious brand: high-quality, four-way stretch fabrics from Brazil, made into vibrantly coloured leisurewear locally, the garments designed and the process run by Hutch’s fiance Sonja

Swedish nutrition brand Maurtens, with its chic Scandinavian branding and made only from natural ingredients, sits on the counter. A stand of T-Rockets running sandals will never escape notice, and the Aonijie hydration packs and flasks at the back of the store also warrant close inspection.

“We look for partner products that keep a sustainable environment in mind. We also like to support local as much as possible,” says Hutch, pointing to another locally made brand with bold designs: Gilo lifestyle wear. Initially just a beach brand producing men’s boardies, as the synergy from the store rubs off, Gilo are now making dedicated running shorts too.

“We’re so excited about the opportunity in the environmental sustainability market, as we can see that’s where the growth is coming from. All the big brands promote it too, but it’s not their core focus. We’ve seen a huge vegan following!

“It’s a completely different market; and you need to be able to understand that market. That’s where Vivo is extremely strong, because we have the vegan range. The shoe itself is plant-based!

“We have three options, actually: biosynthetic fibres (80%) are used in many of the shoes, or hemp (60%), or recycled PET (90%).” Hutch points them all out, before reaching for his favourite.

“…and then we come to this wonder of physics. Our summer adventure shoe, with no petrochemicals (PET) at all, which is made by harvesting algae from congested rivers!” he declares.

His pride in his environmentally conscious exploits is infectious. Anyone else out there making shoes from plants, hemp and algae?

Hutch may well be ahead of the game.