Looking to get fitter and faster and have more fun? Work out with other runners.

Looking to get fitter and faster and have more fun? Work out with other runners. – By Michelle Hamilton 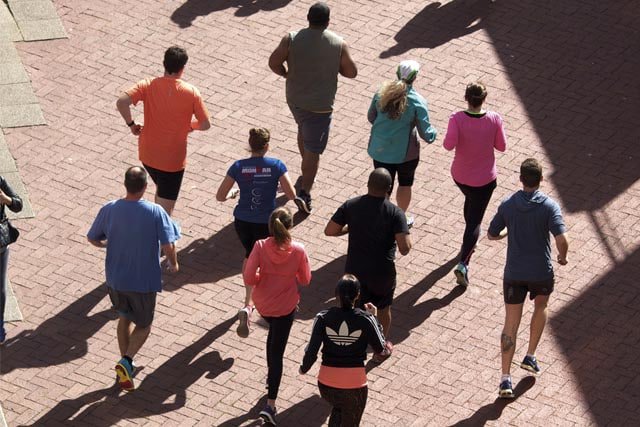 You know the often-touted benefits of running partners: they expect you to show up, they provide camaraderie and conversation, and they cheer you on. But exercising with other athletes offers benefits beyond accountability and support. Join one (or all) of these four group activities to run stronger, become speedier, and have more fun.

JOIN A group workout
TO GET Faster
When you pace alongside others, you tend to go faster than you do alone. This phenomenon is known as ‘social facilitation’, and the fitness it builds is responsible for countless personal bests. “Training with others is a smart way to boost your speed,” says Dean Hebert, a running coach and mental-training expert. “Pushing ourselves is hard, so it helps to say, ‘I’ll just stay with this person.’ ” The trick is doing the right workouts – specifically, those that require you to run at a challenging pace, like intervals or tempo runs – with the right pace group. Look for a group that’s your pace or just a hair faster, and do these speedy sessions no more than twice a week.

JOIN A group fitness class
TO GET Stronger
If you regularly strength-train or do yoga on your own, pat yourself on the back – and then try a class. Solo exercisers tend to do the same routine over and over, or skip the exercises they don’t like, says Heather Geyer, a physical therapist. Do the former and you’ll reach a plateau. If you’re guilty of the latter, the exercises you skip are often the ones you need most.
The best classes get you rotating your core, moving side to side, and building strength in running’s primary movers (glutes, hamstrings, quads, calves) and stabilisers (glutes, core). Geyer’s picks: yoga, because it works stabilising muscles, and the body-weight programme TRX, because it transforms moves like squats, lunges, and pushups into core strengtheners and balance-builders. CrossFit, boot camp, and Pilates are also good options. If you reach a point at which you no longer feel challenged, ask the instructor to teach you the next level to keep making gains.
If you run two to four days a week, add strength to off days; if you run four to six days, tack it on to any running day so you have at least one total-rest day. 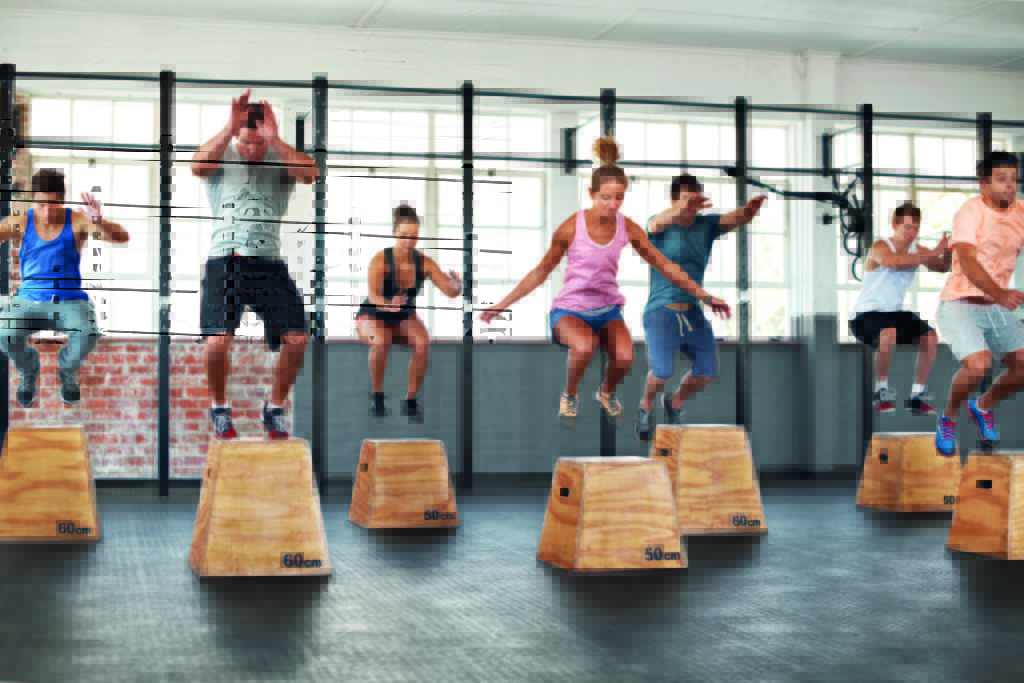 JOIN A relay team
TO GET A new challenge
Relay teams keep score by racking up ‘roadkill’ – the number of runners a team passes – which offers a different experience to chasing a PB. “Runners can be overly focused on time goals,” says Benny Garcia, an exercise physiologist and running coach. “Letting go of that can leave you refreshed.”
To prepare to run three segments in 24 hours (typical of most relays), build to a long run that equals the length of your two longest legs. (So if your segments are 10.5, 7, and 8 kays, for example, do 18.) And double up. “My [relay] runners run eight kays Saturday morning, eight Saturday night, then run long on Sunday,” says Garcia. “It develops endurance and gets you used to going out on tired legs.”

JOIN A club team
TO GET More reason to race
Since joining a club racing team, Jodi Buyyounouski, 42, has clocked personal bests in the 5-K, half marathon, and marathon. Her fast times are a result of group training and the desire to do her part for the team. “Being on a team, you enter a relationship that says, ‘I promise to give 100 per cent,’ ” she says. The team competes in USA Track & Field’s Grand Prix circuit, a point system that pits regional teams against each other in the US. The team score not only motivates runners to race hard, it gets them to race more often, too. Buyyounouski’s race calendar, for example, has jumped from three events a year to 10.

You don’t need to join a competitive team to reap the benefit. Some clubs create their own grand prix system with local races. And Garcia, who’s a coach for her local running club, says just being part of a group is motivation to race. His club has no formal points system, but joining has helped many of his runners discover racing. “When others are out there and it looks fun, you want to join in,” he says.

When it’s better to go it alone

COMING BACK FROM INJURY
Muscles and ligaments need time to adapt, and a group atmosphere can tempt you to go longer or faster than you’re ready to, says Hebert.

NO-ONE AT YOUR SPEED
When you run with a too-fast group, you risk injury, burnout, and the possibility of feeling discouraged, says Garcia. A too-slow group won’t help you develop speed.

YOU NEED TO LEARN PACING
It’s smart to log a few sessions solo to gain a sense of pace. Pay attention to how your breathing feels at your target pace; it’ll help you nail your goal on race day.

YOU NEED MENTAL SPACE
Sometimes the quiet of a hard, solo effort renews your spirit. An easy solo session can help you de-stress, especially if you run somewhere scenic and serene.