Build Up Your Core Strength!

The key to better, injury-free running lies in deep muscles you’re not working - yet.

The key to better, injury-free running lies in deep muscles you’re not working – yet. – By Nicole Radziszewski 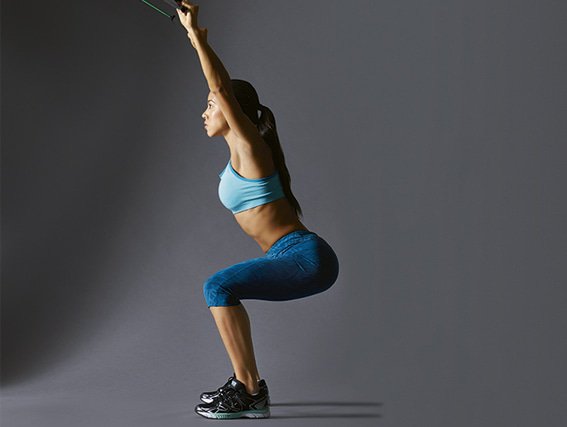 Runners are always told to strengthen their core. It’s good advice, but many people still assume “core” is synonymous with “abs,” implying that whatever tightens your belly will also make you a stronger runner. The truth is that most traditional core exercises – think planks and sit-ups – don’t translate into the kind of stability needed to fully power your running or protect you from injury. “The inability to use the deep core muscles is a contributing factor to running injuries,” says Julie Wiebe, a physical therapist, who specialises in working with athletes. “Runners need a better strategy to create stability that supports the demands of running.”

And that, Wiebe says, is accomplished by getting to the core of your core. Most standard ab exercises emphasise superficial muscles, such as the rectus abdominis (think six-pack abs). While these outer muscles certainly play a role in running, stability starts with a deeper group of muscles often referred to as the “inner core” – the diaphragm, pelvic floor, multifidus, and transversus abdominis (the only ab muscle in the bunch).

Wiebe likes to calls it “the anticipatory core” because these muscles have the ability to turn on and stabilise the body before you even take a step. “Multiple studies have shown that in a simple arm movement, these core muscles activate before the shoulder muscles that create the movement,” Wiebe says. “These deep muscles have the unique capacity to turn on before movement to control the center of the body.” She says studies also show that anticipatory contractions occur in the pelvic floor before heel strike in running.

If you’re not engaging your inner core, the outer core lacks a firm foundation to function to its fullest, and you’ll lack the stability to power your running, Wiebe says. The result? Greater potential for injury and decreased performance.

Women are more likely to have difficulty activating their inner core muscles, in part because the female pelvic floor is more prone to dysfunction (due to anatomy and poor posture habits or as a result of pregnancy). But men can have issues with this system, too. In both genders, pelvic floor issues can manifest elsewhere in the body, causing pain in the lower back, hip, or knee.

So how do you get your inner core functioning properly? It starts with breathing. When you inhale using your diaphragm (allowing your rib cage to open to the sides and belly to expand) rather than just breathing using your chest, your pelvic floor and transverse abdominis muscles lengthen. When you exhale, your pelvic floor and transverse abdominis recoil. This generates deep tension in your torso – good tension that anchors your core and creates stability when you run. Wiebe’s strategy starts here, with exercises that teach you how to engage your inner core. Practicing them as regularly as possible will teach your body to actively recruit these muscles and connect them with the outer core, which will eventually carry over to your running.

Works glutes and back while recruiting your inner core first for stability. 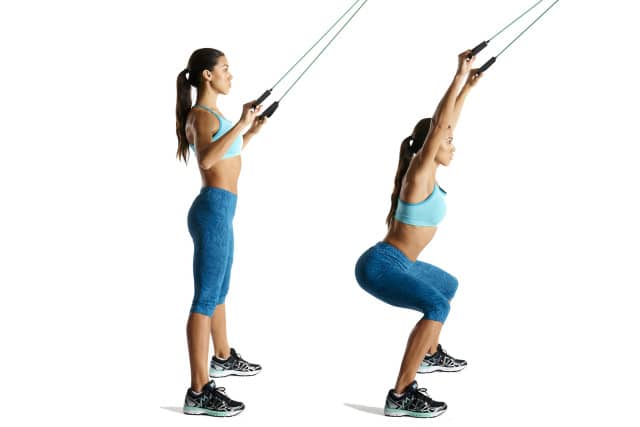 How to do it: Attach a band overhead. Hold both handles. Step back so you feel tension in the band when arms are outstretched. Keeping arms straight, inhale as you lower into a squat. Exhale and lift your pelvic floor. Continue to exhale as you return to standing while pulling the handles to your hips. Inhale and again squat, returning your arms to the starting position. Repeat five to 10 times. 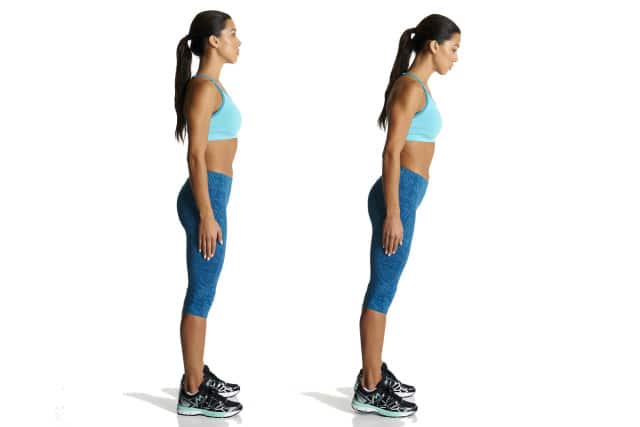 How to do it: Stand in neutral posture. Lean forward from your ankles and shift your weight to your forefoot. Feel your rib cage glide forward. Your butt should remain untucked. Exhale and inhale (as instructed in “Breathe Right,” above). Repeat a few times until you have a feel for breathing in this position.

Recruits your inner core to then work your abductors and adductors. 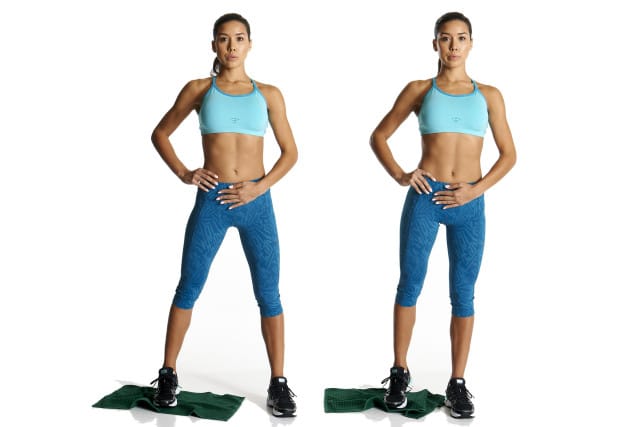 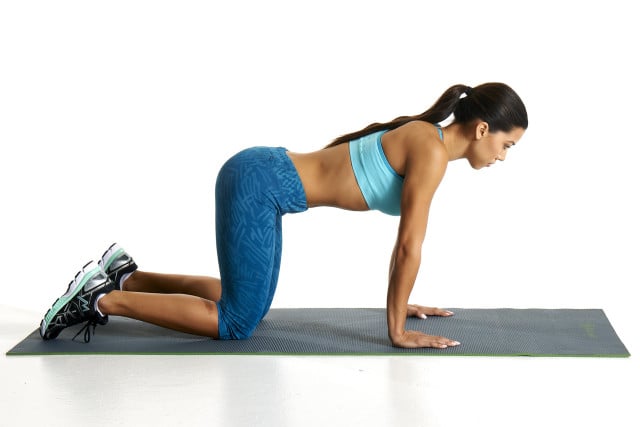 How to do it: Start on your hands and knees. Inhale and feel your belly expand and pelvic floor soften. Exhale as you lift your pelvic floor. Continue to exhale as you rock forward, sending your shoulders past your wrists. If you tuck your butt or get an exaggeration of the curve in your lower back, you’ve gone too far. Reset with an inhale. Repeat five to 10 times.

Training your inner core while doing plyometrics prepares it for running. 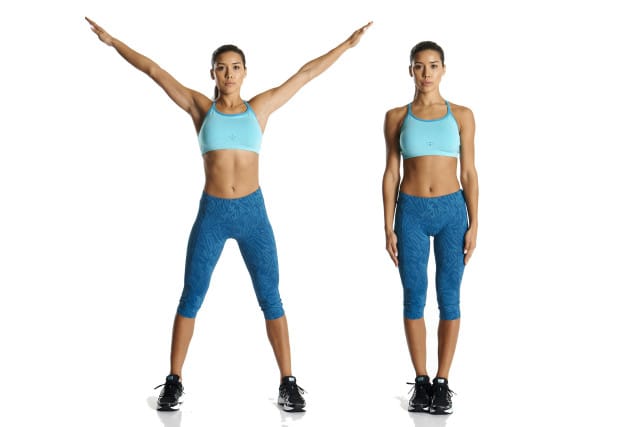 How to do it: Stand with feet wide and arms over- head, forming an X. Inhale; feel your belly rise and pelvic floor soften. Exhale as you lift your pelvic floor. Continue to exhale; jump your feet together and lower your arms. Step back out; repeat five to 10 times. Progress to full-speed jacks.