Does Running Affect Your Breasts?

What exactly happens in - and on - your chest while you're running? And how does it affect you?

What exactly happens in – and on – your chest while you’re running? And how does it affect you? 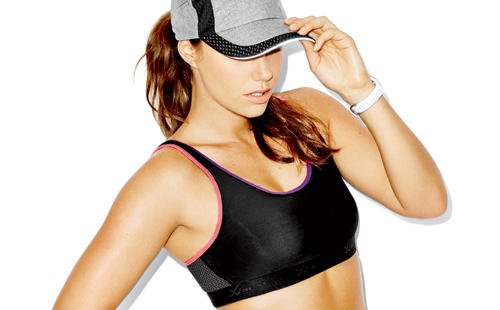 While breasts are one of the most admired part of the female body, there’s very little research that’s gone into the impact that running and exercise has on a woman’s chest.

Dr. Joanna Scurr (principal lecturer in Biomechanics – Sport and Exercise at a university in the UK) – stepped up to the challenge.

On paper, her studies are referred to as “breast biomechanics”, but Dr. Scurr prefers to chat about it as “bouncing breasts”. No beating around the bush with this lecturer!

Here are some of her answers and tips about your bouncing bits:

What happens to our breasts while we are running?

During walking, a woman’s breasts move the same amount in and out, up and down and from side to side: about 33% in each dimension.

RELATED: 8 Things To Know About Running and Your Breasts

Breasts move as much during a slow jog as they do during a sprint, meaning no matter what your pace, you should always wear a sports bra!

Keep the muscles that support your breasts firm to reduce sagging by doing these exercises.

RELATED: WATCH: How To Find The Perfect Sports Bra

So what bra should I wear?

The best bra for exercise is an encapsulation bra, which has separate moulded cups rather than a compression bra which flattens the breasts to the chest wall. This is because each breast moves independently. Compression bras flatten the breasts, limiting the bounce, but not the side to side or in and out movement. Separate cups limit this movement.

Make sure your bra fits correctly. Don’t forget that bra size fluctuates throughout your lifetime!

Here are some Pros and Cons of Popular Sports Bra Styles.