Can CrossFit Make You a Faster Runner?

The key to speed might not necessarily be more time pounding the pavement.

There’s no way of working out that’s more polarising than CrossFit: Those who love it claim nothing will make you fitter, while skeptics claim that its fitness benefits don’t really translate to sport-specific success.

So when we saw a study comparing the performances of runners who supplemented their mileage with CrossFit to those who just pounded the pavement, we had to dig in. And the results were pretty surprising.

In the study, which was published in International Journal of Sports Physiology and Performance, researchers broke a group of 26 recreational runners – those who ran more than 16 kilometres a week, but who trained for less than five hours – into two groups. The first followed a “polarised” running-only plan for three months, which included two days of easy running, one day of short HIIT intervals, one day of longer HIIT intervals or a 15 to 40-minute progression run, and one long, easy run each week. Over the course of three months, they increased their mileage to about 50-80 each week.

The second group performed two days of threshold-to-high-intensity running, two days of CrossFit, and one day that included both a threshold/high intensity run and a CrossFit workout each week. The CrossFit workout typically lasted 60 to 70 minutes and consisted of strength activities like single-leg kettlebell deadlifts and overhead walking lunges, as well as timed strength-related challenges.

Both groups worked out for five days a week. At the end of 12 weeks, the researchers compared their VO2max – a typical measure of running fitness that measures how much oxygen your body can use during exercise – body composition, and 5K times to what they were before the study began.

Both the running-only group and the CrossFitters improved their 5K time trials by about 1.5 minutes.

The researchers discovered that both the running-only group and the CrossFitters improved their 5K time trials by about 1.5 minutes – 5.5 to 6.2 percent faster – and also achieved similar reductions in body fat, at about 2.5 percent. The only notable difference was in VO2max, where the polarised runners improved by eight percent, whereas the CrossFitters only improved by just three percent.

The results surprised lead researcher Andrew Carnes, Ph.D., who thought that the polarised running group would see significantly greater improvements than the CrossFitters. While he didn’t doubt that the CrossFit group would get fitter, he didn’t think it was translate into better running performance – since to improve at running, he thought they’d simply have to run more. 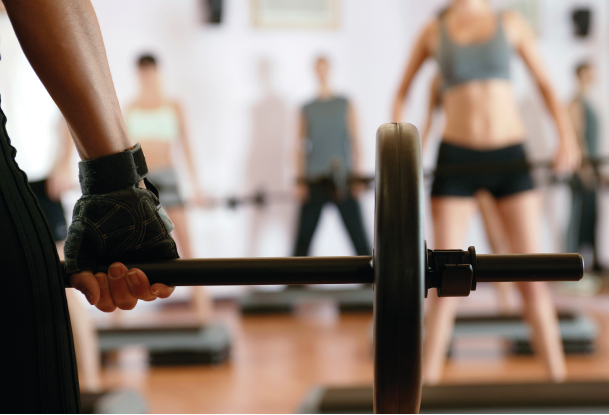 But the reason they did improve their times may have to do with their status as recreational, relatively low-volume runners.

“When you take a modestly fit population, you can do just about anything and they’re going to get stronger/fitter/faster,” says exercise physiologist Jonathan Cane.

The message is clear for recreational runners: Mixing an alternative, structured fitness program into your running regimen should still enable you to improve your running times. Plus, you’ll gain the benefits of strength training, as well as help break up your training days pounding the pavement.

However, it is important to note that this study looked specifically at the 5K distance – there is no such evidence for longer running events, where the runners tend to be fitter and have a greater weekly mileage.

“Once the distance gets greater, and once the population gets fitter, I would be much more skeptical as to whether they’re going to gain any benefits from CrossFit that will carry over to improved performance,” says Cane.

So marathoners might want to think twice before they start swapping mileage for CrossFit. Yet whether you are a recreational runner training for a 5k or a sub-elite training for a marathon, there is one training philosophy that the study definitively supports: take your easy days easy so you can push your hard days hard. As Carnes says, “Variation in training intensity is the name of game.”