You’ll spend time at a comfortably hard pace no matter which option you choose, but it will be worth it when you see the improvements in your pace and endurance.

When you’re new to running, you might hear other runners toss around the term “tempo run” and have no blessed idea what they’re talking about. Even if you’ve been running for awhile now, you might not have incorporated tempo runs into your routine yet. But it’s better late than never to board the tempo train, and we’ve got the full breakdown to help you get started.

Tempo runs or tempo workouts are great training tools because you run at an effort that feels strong, and you feel stronger and fitter afterward. The purpose of a tempo workout is to run at a sustained effort to build “speed endurance” – that is, the ability to hold a challenging pace over a longer period of time.

To properly execute tempo workouts, you need to understand your own effort levels. For these workouts, we break out efforts by yellow, orange, and red zones. Tempo effort is best described as comfortably hard: It’s somewhere between the top of your orange zone and bottom of your red zone.

Yellow Zone: This is the easiest effort level. You can easily hold a conversation without pausing to catch your breath. This zone is used for easy runs, recovery runs, and long runs. Running at this effort allows us to run for a long time, improves our fat-burning enzymes, and isn’t very stressful on the body.

Orange Zone: This zone indicates a moderately challenging effort level. You’re not running all-out, but you are outside of your comfort zone. You can kind of hold a conversation, but you’re reduced to chopping statements, while reaching for air every few words. This zone is a step up from Yellow and hovers around the lactate threshold (redline), the point at which we shift from using more fat for energy to using more glycogen. We run in this zone during workouts like tempo runs and long intervals to raise the redline, which helps us run faster at easier efforts.

Red Zone: This zone is very challenging. You know you’re here when you can’t even think about speaking because you’re too busy concentrating on when the workout will end. You are here when you cross your redline, or the effort level that is flat-out hard, well outside your comfort zone. This is the effort in which we run intervals, hill repeats, and any high-intensity workout. Training in this zone will improve fitness and speed and boost your metabolism for hours post-workout.

Got that? Good. Here are five fun tempo runs geared toward raising the roof on your threshold.

This is a great workout for those who are new to running tempos because it breaks the tempo portion down into shorter segments. But don’t let that fool you – this is still a very challenging workout. 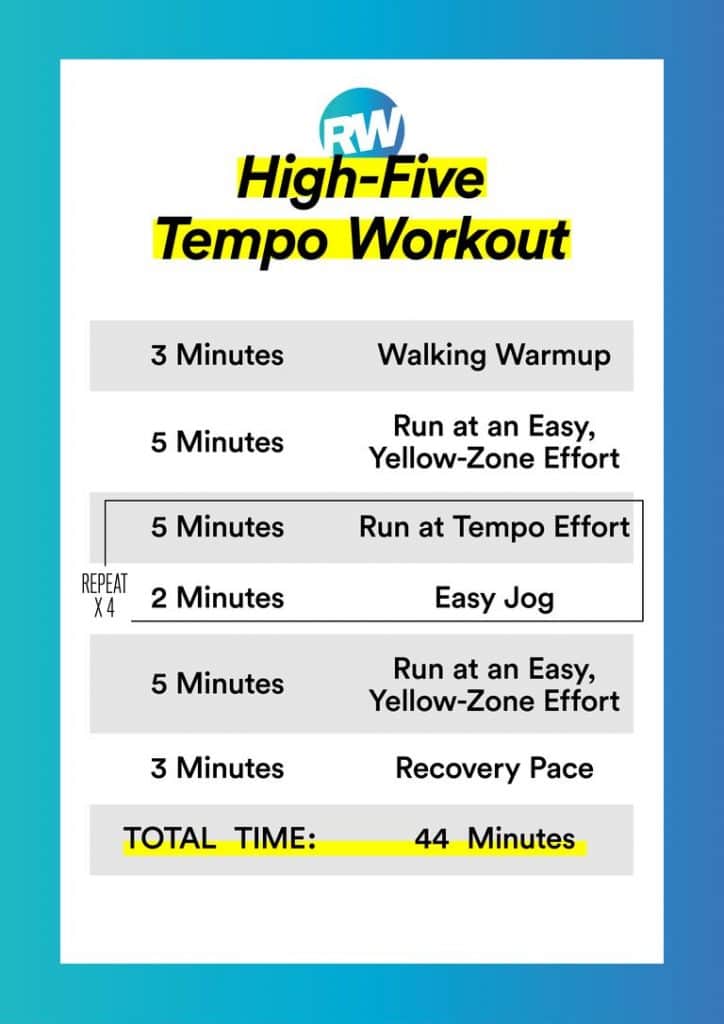 This workout builds your stamina to run at a tempo effort for longer, 8-minute segments. 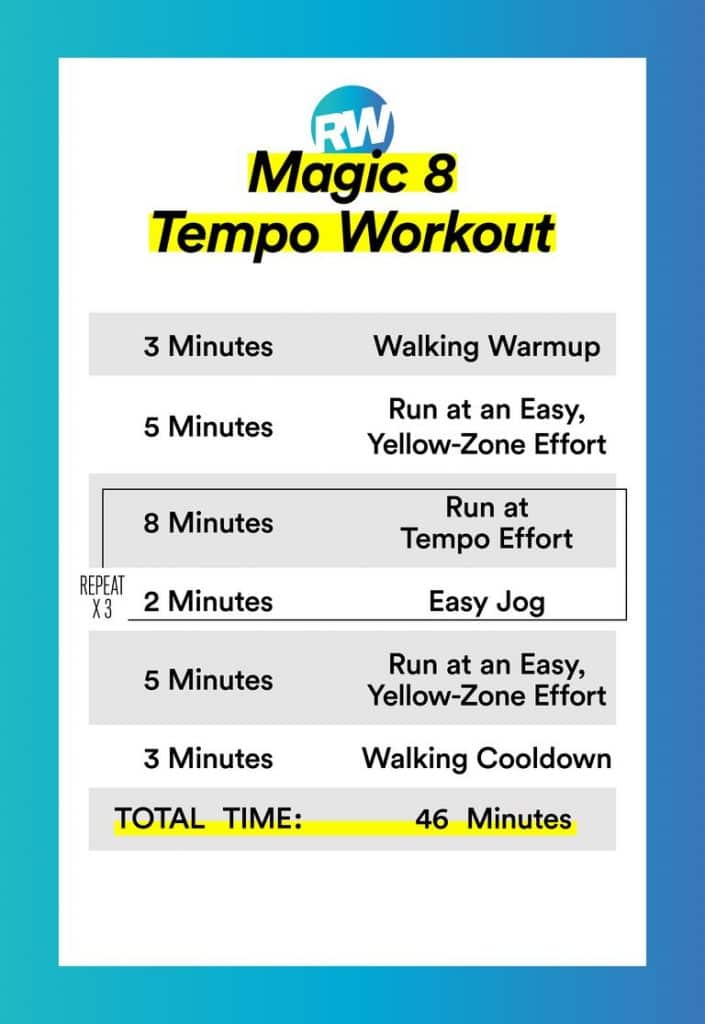 Break It in Two Tempo Run

From the Magic 8 run, this workout builds your stamina even further to run at this effort for longer, 10-minute segments. 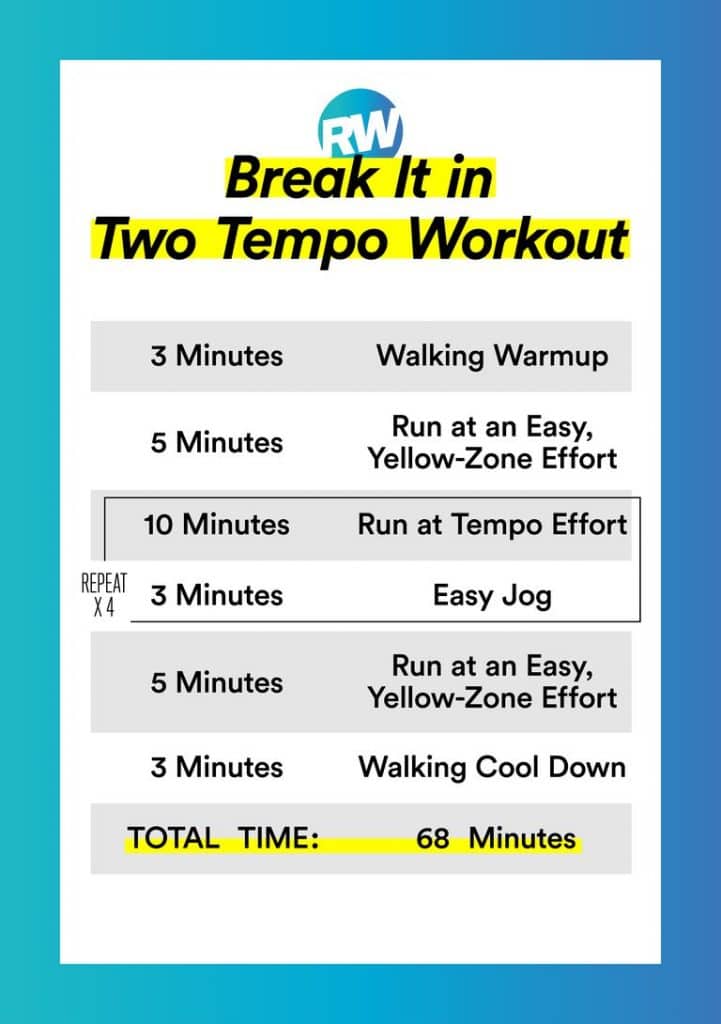 This is the most traditional of these tempo workouts, with a warmup period, a solid block of time spent at tempo effort, and a cooldown period. 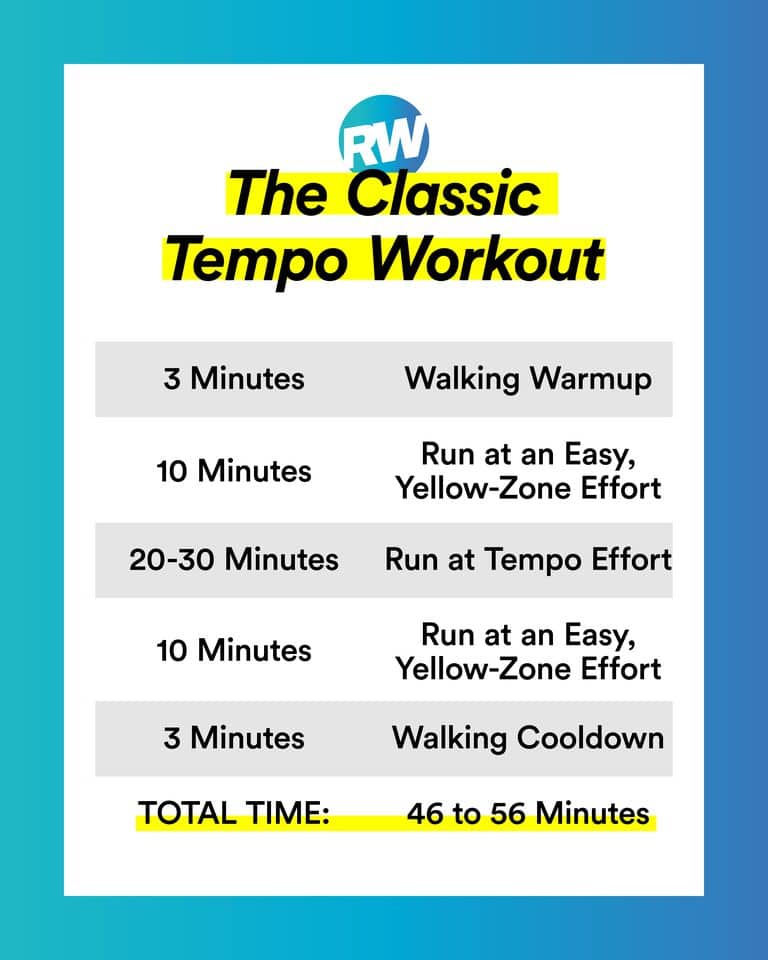 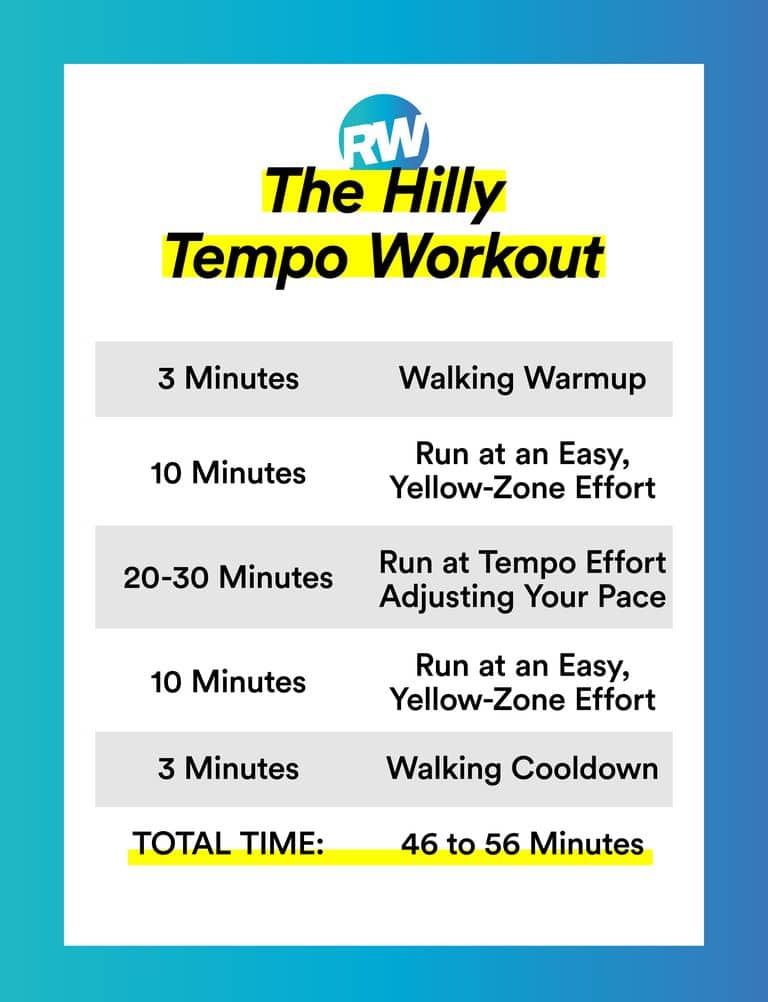