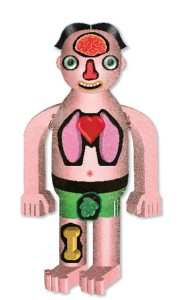 Scientists have discovered the fountain of youth – it’s running.

Studies continue to find that hitting the roads improves health and well-being. ‘The biggest benefits come from vigorous exercise like running,’ says Dr JoAnn Manson, chief of preventive medicine at Brigham and Women’s Hospital. Here are the latest reasons to lace up.

People who run more than 56km a week are 54% less likely to suffer age-related vision loss than those who cover 16km a week.

Runners who log a weekly run of 16km (or more) are 39% less likely to use high blood pressure meds and 34% less likely to need cholesterol meds compared with those who don’t go further than 5km.

Men who burn at least 12 560kJ per week – equal to about five hours of running – are 83% less likely to have severe erectile dysfunction.

Running strengthens bones better than other aerobic activities, say University of Missouri researchers who compared the bone density of runners and cyclists. 63% of the cyclists had low density in their spine or hips; only 19% of runners did.

British workers were surveyed on a day they worked out and a day they didn’t. People said they made fewer mistakes, concentrated better, and were more productive on the day they were active.

A study in the Journal of the American Geriatrics Society reported that women who were active as teenagers were less likely to develop dementia later in life.

People who exercise for an hour a day are 18% less likely to suffer upper respiratory tract infections than those who are inactive, according to a study from Sweden. Moderate activity boosts immunity.

Researchers had asthmatics do two cardio workouts and one strength session a week. After three months, they reported less wheezing and shortness of breath.

A review of 22 studies found that people who work out 2.5 hours a week are 19% less likely to die prematurely than those who don’t exercise. A separate study found that active people have a 50% lower risk of premature death.