What Is The Keto Diet & Should You Try It?

Athletes are experimenting with this trendy diet. Here’s what you need to know.

Chances are, you’ve heard someone in your run club talk about the ketogenic diet. It’s being buzzed about right now thanks to claims that it’s an effective way to lose weight, but you may still be wondering, What is keto? And, whether runners should try it is still up for discussion. Here, we tapped top experts to help set the record straight.

Unlike low-carb, high-fat diets, the ketogenic diet (or keto diet) sets very strict guidelines on how to break down your macronutrient (carbohydrate, protein, and fat) intake. Those following keto consume 80 percent of their calories from fat and almost zero from carbs – the fuel source your body and brain prefer to tap first. Staples of the this diet include fish, meat, eggs, dairy, oils, and green veggies. Even healthy, complex carbs like whole-wheat pasta, rice, potatoes, and fruit are off-limits.

Here’s how the keto diet works: When your body no longer has access to fuel from carbohydrates – either because they’ve been cut from your diet or you haven’t eaten in a long time – it goes into a state called ketosis. That means, your body looks for the next best fuel source: fat. And it uses the available fatty acids to produce a compound called ketones, which is why people who are in ketosis and eating more fat will start to burn more fat.

While our bodies prefer to feed on carbohydrates, ketones can actually fuel the brain and body, says Lizzie Kasparek, R.D., a sports dietitian with the Sanford Sports Science Institute. So it’s not like you’re depleting your body in a dangerous way.

“Being in ketosis does not imply reduced muscle glycogen levels. Over time, the keto-adapted athlete improves his or her ability to burn fat for fuel and still have glycogen available,” says Kenneth Ford, Ph.D., director and CEO of the Institute for Human and Machine Cognition.

Speedy and easy, this soup powder makes is the ideal low-carb, high-fat and high-protein snack. 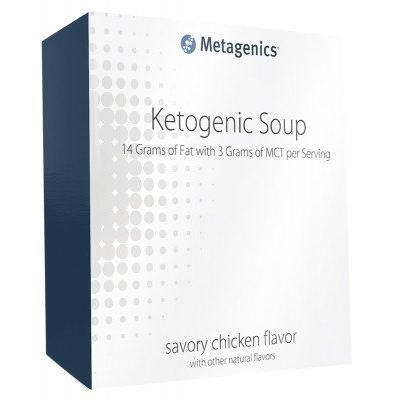 But whether runners, specifically, should put their bodies in a state of ketosis depends on your goals. One study of five endurance athletes showed that a 10-week keto diet improved the athletes’ body composition and well-being but not their performance. In fact, the athletes initially experienced reduced energy levels and an inability to undertake high-intensity bouts of exercise. Another recent study looked at the effects of the keto diet on exercise efficiency in eight trained athletes. After following the diet, the athletes saw a decline in running speed and power – running speed at VO2max declined by 5 percent. However, both studies were small, and experts acknowledge more research is needed to study keto’s full effects.

“There isn’t really a lot of good research that shows those people can perform better, and that’s really what runners care about,” Kasparek says.

One reason performance may not be affected, she suggests, is due to ketone measurement. Diabetics have to routinely measure their ketones; if levels are too high, it can indicate a major complication of diabetes. But many people who casually try a keto diet don’t measure ketones, so they may not actually be in a state of ketosis.

Ford also points out that in the studies looking at ketosis and performance with negative results, the athletes are not often sufficiently fat-adapted (when the body is trained to tap fat stores for energy, which can take several months) or even in ketosis, making it hard to truly gauge whether the diet is effective when it comes to performance.

Runners who may benefit from fat adaptation are those running long, long distances, like ultramarathons. Once you hit those later kilometres (50 and beyond), your body needs to start tapping into fat stores. So if you’ve done any sort of fat-adapted training – not eating before a morning run, not fuelling during an 28-kilometre run – your body can better adjust, Kasparek says.

For everyone else, carbs are still probably your best bet, especially if you’re running at higher intensities than you would be when running 80 kilometres at a 9.19 per kilometre pace. “When you’re running at a lower intensity, you need to burn more fat as fuel,” Kasparek explains. “But because carbs are the main source of fuel at higher intensities, you may be sacrificing key workouts or your race to follow a certain diet.”

Which brings us back to the main question: Should you try the keto diet? The bottom line is: If done right, runners who need to be able to tap into fat stores over long distances may benefit. But that’s not to say those benefits can’t be reaped by following a low-carb, high-fat diet that doesn’t put your body into ketosis instead. Runners who enjoy shorter distances at faster paces or who incorporate high-intensity workouts into their training are still better off eating a healthy, balanced diet that includes carbs.

For weight-loss goals, Kasparek says, it’s possible to lose weight by tweaking a regular diet, say, by adding more healthy fat or cutting out processed foods. But there’s more than one way to lose weight, and one banana isn’t going to set you back – we promise.