How This Runner Beat Body Dysmorphia

For as long as she can remember, trail runner Michaela Rijkmans has had trouble accepting a rare skin disorder

Mikaela Rijkmans, 27, was only four years old when her parents noticed small white patches developing on her left leg, later diagnosed as vitiligo – a rare condition in which the skin loses its pigment cells, often an autoimmune response to stress.

Her parents spent countless hours taking her to doctors and skin specialists in an attempt to ‘fix’ the condition, only to discover that it cannot be cured.

As Rijkmans grew up, the constant attention around her condition meant that she started to develop body perception issues, which carried through to her early teenage life.

Like many girls her age she wanted to remain “super-skinny”, and this had a big impact on her physical and mental health. The modelling she did in her spare time also didn’t help her develop a realistic body image.

“During my early teens I would do anything to cover my legs, but this created an issue once I started running events in high school,” she admits.

“For a long time I never ran in shorts because I was too embarrassed and self-conscious. I also had people pointing and staring and asking questions, which I used to hate. I still get asked questions about it, but I’m happy to answer them now.”

To make matters worse, she was living in the sweltering heat of Dubai; yet she still felt she had to wear long leggings and capris to cover up her vitiligo.

Eventually, Rijkmans learnt to accept that she couldn’t ‘hide’ forever. 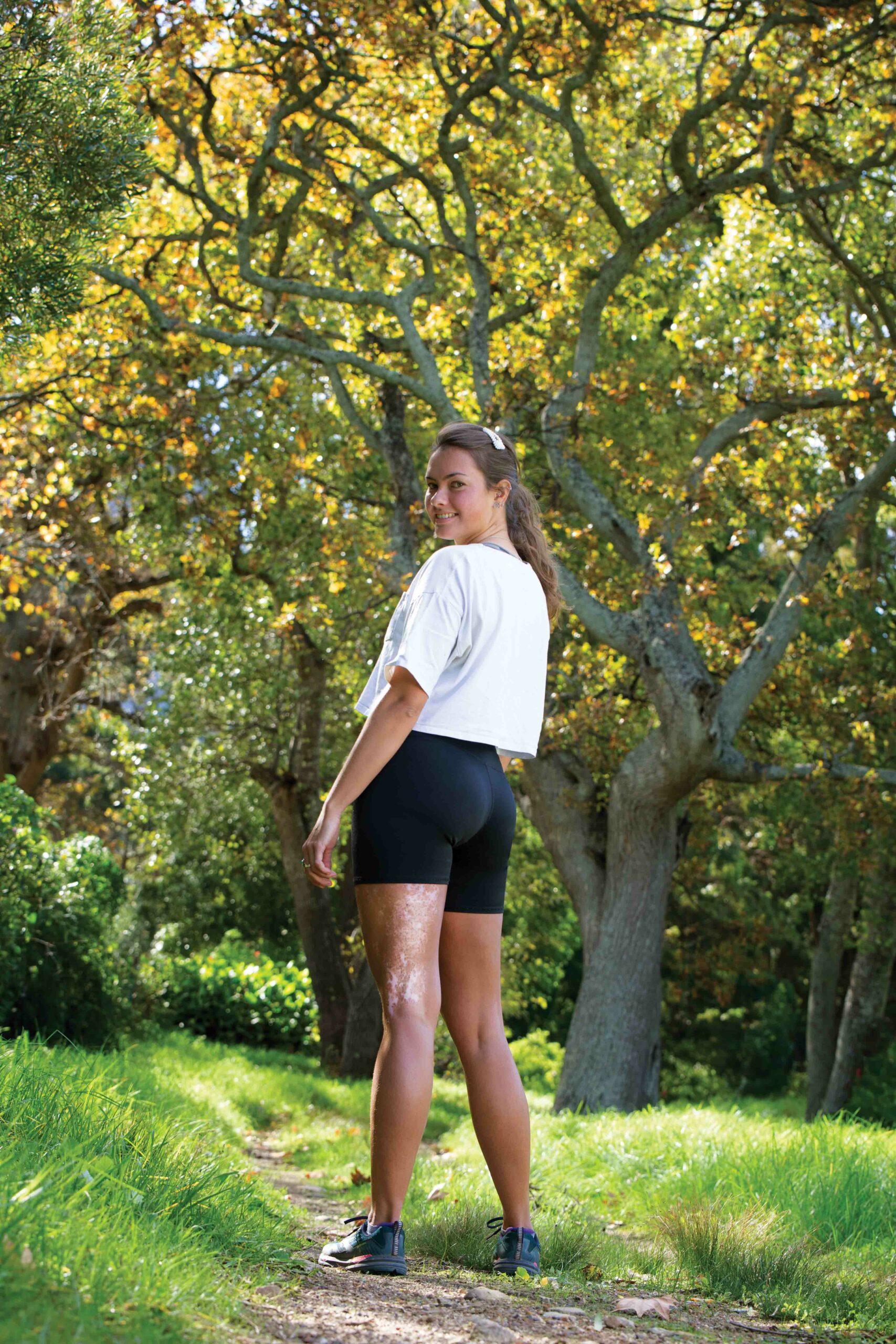 War Against My Body

“I just woke up one day, and decided to draw a line in the sand. Today is the day I will stop waging war against my own body. I had to get to a point where I accepted  every part of my body, vitiligo included – and that nothing needed ‘fixing’.”

Rijkmans hopes that when other women see her in running shorts, they will feel less embarrassed about exposing their imperfections.

“I have often noticed that there are many women who still run in long leggings or capris, even on the hottest of days. I just get a sense that they too are trying to cover up.

“Running for me is freedom; so it became important to not feel trapped in my own skin. I hope I can inspire other runners to accept their bodies.”

The turnaround in Rijkmans’ attitude has made her proud to be different.

“I spent so long trying to fit in that I was hiding something that actually made me, me. I actually like the fact that it makes me different. Imperfections are not things to hide and be ashamed of.”