Jepchirchir, who won in the marathon distance in Tokyo in August, and who currently holds the women’s-only Half Marathon world record,  became the first athlete to win Olympic gold and the New York Marathon in the same year. She crossed the line in 2:22.39 to bring the Majors season to a close.

To celebrate Jepchirchir’s victory, adidas has released a short film featuring her rebellious optimism and the power of sport to change lives. Jepchirchir’s journey began as a young child when she would run to school in Kenya. At age 13 she began taking the sport seriously and become an inspiration to the next generation of runners around the world. 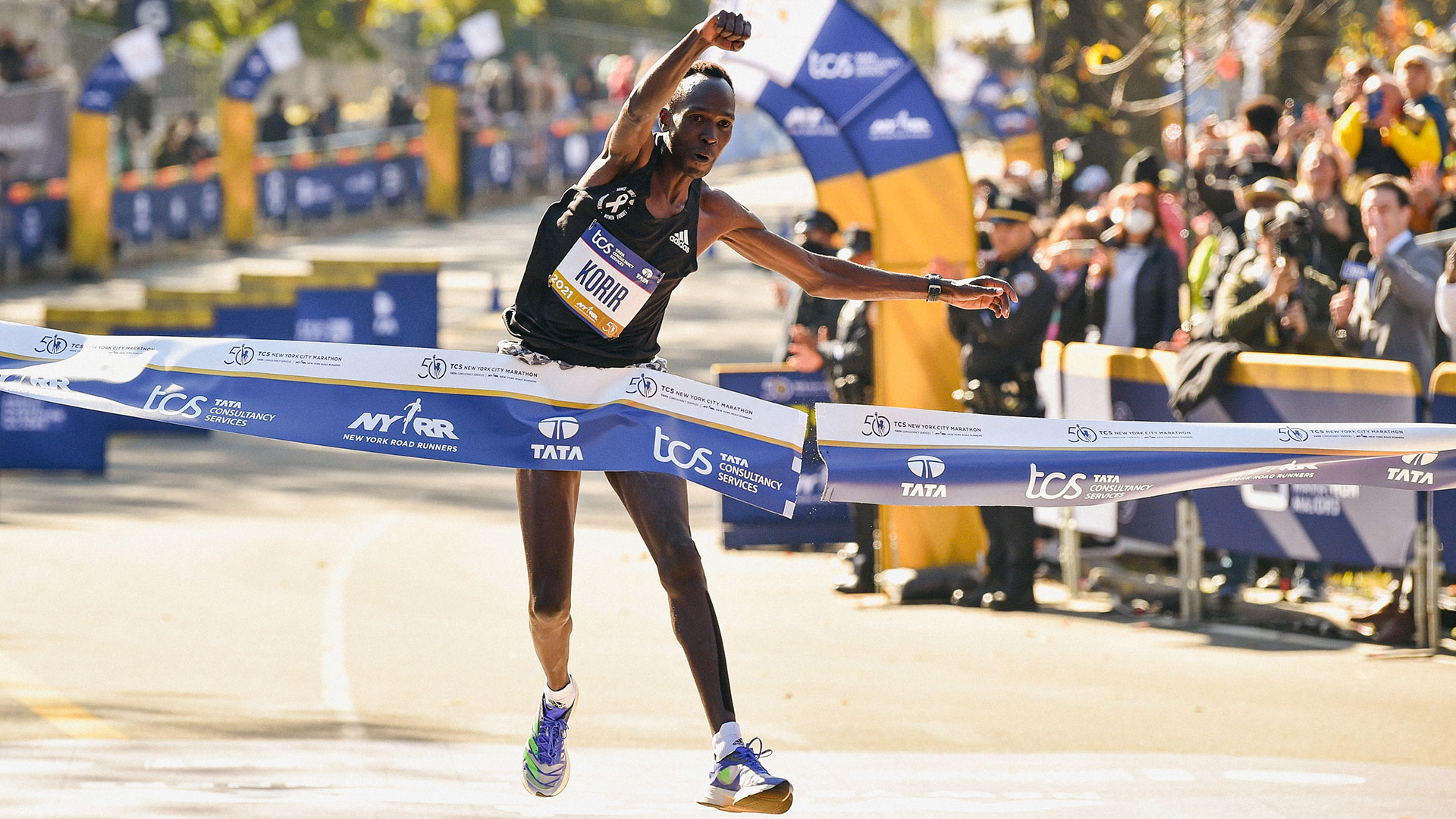 Kenyan Korir Takes It
Jepchirchir’s countryman Korir also came from behind to win the men’s title in 2:08.22 after a tactical race with the front runners also wearing the new-style lightweight adios Pro 2s –  a shoe that has assisted in breaking records and winning races since its introduction in 2020.

As a special touch, all adidas athletes who competed in the NYC, wore a commemorative patch in memory of former fellow runner Agnes Jebet Tirop, who died last month.