Harassment Is Stressful. Here’s How to Stay Calm When it Happens to You

By keeping your cool, you’ll be able to think clearly and react quickly.

I’ve lost track of how many times I’ve been taunted or verbally harassed on a run. I run before the sun comes up, which means that I often pass groups of construction workers. And they always have something to say. Sometimes it’s a simple “Stop and stay a while.” Other times, I hear feedback on my body, outfit choice, general appearance. You name it, I’ve heard it.

I consider myself lucky. While the harassment often encourages me to cross to the opposite side of the street, it has never escalated into a dangerous or harmful situation. But I join the 84 percent of women who said in a recent Runner’s World survey that they’ve experienced some kind of harassment while running that left them feeling unsafe—a lot of which happens in surprisingly public places. According to a May 2019 Stop Street Harassment study, in conjunction with the University of California San Diego Center on Gender Equality and Health, 68 percent of women surveyed reported being harassed in popular spots including parks, trails, or streets.

RELATED:  6 Best Safety Tips For Running On The Roads Or Trails

Women who have been harassed are never at fault—that blame lies solely with the person that harasses them. But experiencing harassment can be incredibly stressful. That’s why it’s helpful to know how to control your emotions, suggests Jewel Cadet, Director of Programs at the Center for Anti-Violence Education in Brooklyn.

“If you can project calm, even when you’re not, it can be a huge strength,” she said at a recent panel discussion on runner safety and culture, part of Runner Safety Awareness Week in New York. “Oftentimes when people look at you as a target or prey, they are expecting you to be defenseless.”

Not only will your calm nature throw off an attacker, but it can also help you make better decisions in the moment, adds Hillary Cauthen, PsyD, CMPC and executive board member of the Association for Applied Sport Psychology. “Staying calm allows an individual to process events more quickly, think more clearly, and focus on optimal outcome,” she says.

Experts recommend these helpful strategies for finding your calm during hectic situations. Remember them the next time you experience uncomfortable or aggressive comments on the run.

Breathing is something that a lot of runners consciously think about. Usually, it’s with the intention of navigating difficult efforts and becoming a more efficient athlete. In the case of stress, diaphragmatic breathing—deep breathing that involves the contraction of the diaphragm and expansion of the belly—can help lower your cortisol levels, according to 2017 research.

“Those few seconds of breath work can make a major difference,” says Dr. Rudi Rahbar, a licensed clinical psychologist in southern California. “It will help you think more clearly and rationally.”

RELATED: HOW TO: Breathe Better To Run Longer & Faster

Carrie Krawiec, LMFT at the Birmingham Maple Clinic, often recommends a helpful mindfulness technique to refocus on the here and now, rather than on the past or on future worries.

“Look around your surroundings for five things you see, four things you hear, three you smell, two you feel, and one you taste,” she says. “By refocusing your energy, you’ll be able to find some calm.”

Having preventative measures in place to assist you in the event of harassment or attack can help you feel confident and relaxed when you run, and give you a layer of comfort in a stressful situation. “No one wants to imagine dangerous things occurring during an activity that brings comfort and enjoyment, but one must be prepared in order to respond vs. react in high stress situations,” Cauthen says. “Taking simple steps like sharing your route with someone, turning on ‘Find My Location’ on your phone, running with a partner, and knowing your route can make a big difference.”

4. Think of another situation.

When a moment feels like a lot to handle, think back to a time that was easier. “Reliving times you have felt powerful or calm, as well as what [you] were doing at those times is a great strategy to shift your body and mind,” Krawiec says. If you can’t get away from someone who is making intrusive comments about you or your body, think back to a time they weren’t around, such as enjoying a family dinner around a table or a beach vacation. 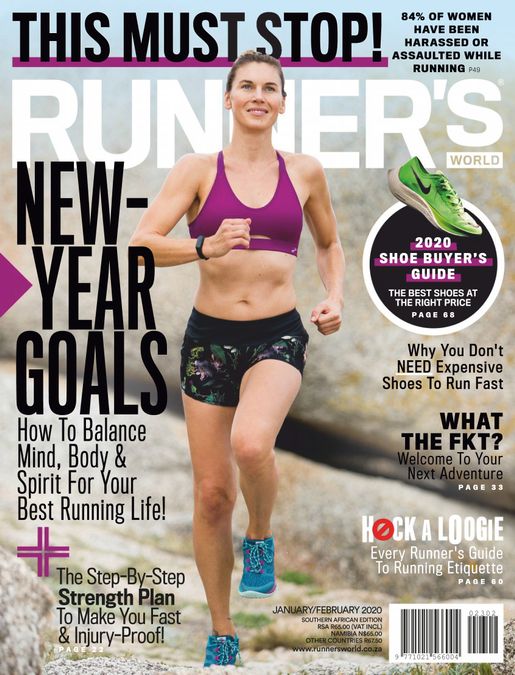 For our nine-page feature on safety and harrassment while running, pick up a copy of the Jan/Feb issue of Runner’s World or download it here!