Tips For Your First Half Marathon

For many runners with long-distance dreams, the half marathon is the race of choice.

For many runners with long-distance dreams, the half marathon is the race of choice. 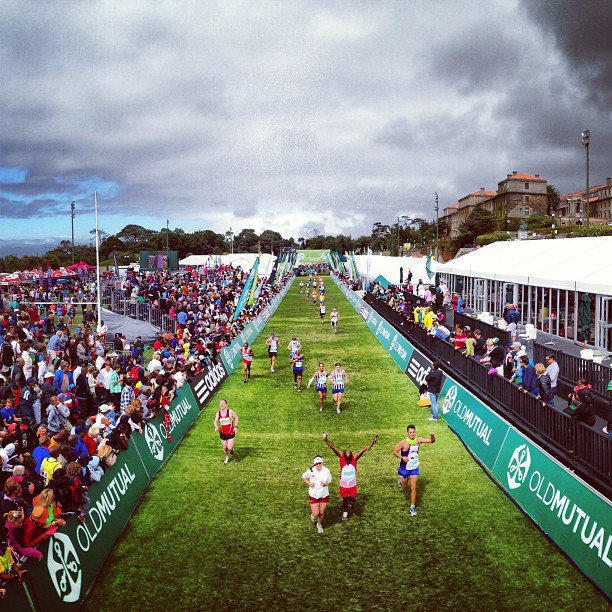 For nearly a decade now, it has been the fastest-growing distance in our sport. And no wonder; twenty-one-point-one kilometres is ideal for any runner looking for the next big breakthrough – whether you want to go longer, get faster, reclaim your fitness, or get some long-distance satisfaction within the confines of your overbooked life.

And you can test yourself more often without risking injury, says Runner’s World Chief Running Officer Bart Yasso. “It’s a challenge to run a half, but it doesn’t consume your energy the way a marathon does,” he says. “And I think you can get more satisfaction because you can prove you can run a long distance at a faster pace.”

With generous cut-offs and courses that vary from fast to hilly and scenic, half marathons are becoming the lifeblood of SA racing.

Keep these tips in mind while training for the big race.

Before you begin your 12-week training programme, you should be consistently running 25 to 30km a week, with long runs of at least 10km, for at least four weeks – or even longer. “You can’t cram for this test,” says Janet Hamilton, coach and exercise physiologist. “You’ve got to put in the work.”

You want to do nearly all your runs at a comfortable, conversational pace, and finish each run feeling like you have the energy – and the desire – to run another kilometre. The biggest mistake first-timers make is running too many kays, too fast, too soon, and that’s a recipe for injury and burnout. “If at the end of your run you’re gasping for air, in pain, then you’re going too fast,” says Hamilton. “I see too many people get too carried away in the beginning,” says Yasso. “Then they get hurt and end up watching the race instead of running it.”

A treadmill will help you build fitness and get a workout in when it’s blazing hot in summer. But since your race will take place outside, you’ll need to train there, too. Start with one run outside each week, on a safe route, and build from there; add another run outside every two weeks until you’re doing all of your runs outside.

Hills build leg and lung power, plus they’ll prepare you for the climbs and descents that you’ll face in the race. Start by incorporating hills that take 60 seconds to climb, says Hamilton. As you train and those 60-second hills become easier, challenge yourself with steeper and longer hills. Try to find ascents that mimic the race course. Or better yet – train on the course.

Ditch the cotton T’s, ASAP. The money you invest in a few bare essentials, like shirts, shorts, socks, and sports bras (for women) that wick away moisture, will pay off with hundreds of chafe-free kays. Most importantly, get good new shoes. Go to a speciality running shoe shop to get help finding a pair that fits your needs.

If you run on empty, you won’t be able to run very far, says dietician Pamela Nisevich Bede. About an hour before long runs, you need at least 800 to 900 kilojoules. In each meal, about 60 per cent of kilojoules should come from carbs, 25 per cent from protein, and 15 per cent from unsaturated fats.

Listen to your body

A little muscle soreness goes along with pushing your body farther or faster, particularly in the calves, quads, and hamstrings, says Adam St. Pierre, an exercise physiologist. Expect two days to recover from hard workouts. If you’re sore on the third day, rest again. Soreness beyond four or five days should be checked out by a doc.

Find a half marathon to run here on the race calendar.