Running groups aren’t what they used to be. The new (and unconventional) generation isn’t only about getting fitter and faster…

Running groups aren’t what they used to be. The new (and unconventional) generation isn’t only about getting fitter and faster… – By Lisa Nevitt 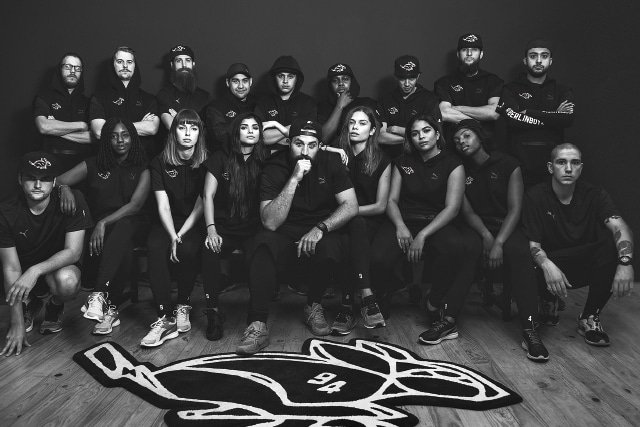 I was working on a fashion project in Berlin when Joey Elgersma, captain of The Berlin Braves, invited me to photograph his running crew. So I grabbed my camera. As we ran through the city streets, I noticed a unique side of Berlin; and connected with local, creative people, who were collaborating on some inspiring video and photographic content.

There was nothing like this in South Africa, and I missed running with the crew when I returned to Cape Town.

My friends are a group of people, aged 20 to 30, who like me are creative: artists, illustrators, designers, sneaker-shop owners, models and bloggers. We come from all over the city: Bishop Lavis, Tamboerskloof, the city centre and the southern suburbs.

At the time, we all listened to the same music and partied together; but there was never a reason for us to meet up outside of that. None of us had been interested in running before. So in the beginning, it was just a casual thing; a creative crowd, running through city streets at night. Even if we’d planned a longer run on Saturday morning, you’d still see half of our members out clubbing at 4am. We ran hard and we played hard; it wasn’t about sacrificing either one. But as we pushed ourselves to get stronger as runners, we shared in the sense of achievement at finishing our first race, and celebrated our victories together.

So in 2014, we made it official, naming our crew The Nine Four – a number inspired by the year that South Africa became free, and symbolising the freedom for mixed groups of people to run together, in any area. One of our members, Daniel, a graphic designer and illustrator, designed the rabbit logo to symbolise an animal that you can chase, but you can’t catch. He had to make it look sexy, to get creative people who didn’t care about running to start caring about it! 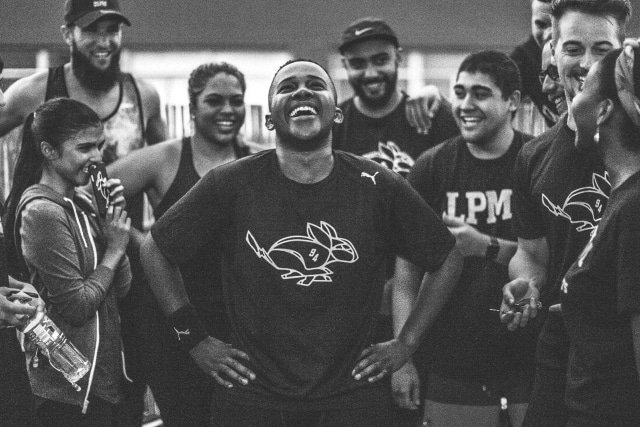 We now have a base – a clubhouse called The Burrow, in the heart of the City. Half of it is lockers and showers, and the other is a living room with couches, table tennis and an X-Box. Although running is the core, hanging out together afterwards is still paramount in building a family that supports each other – not just in running, but in all aspects of life. That’s why we’ve limited our number of members to 30.
We recently threw an after-party at The Burrow for an event one of our crew hosts: Sneaker Exchange. We had our own people DJ’ing, cooking and designing flyers. It was great to have the collective resources within our own crew to make this cool night happen.

We’re also part of the Bridge The Gap (BTG) movement, which connects running crews from around the world. In 2014, we organised South Africa’s first ever BTG. Captains and crew members from London, Amsterdam and Berlin participated in the Soweto Half Marathon.