In the space between 5 and 21.1 lies the crowd-pleasing 10-K, a distance that caters to recreational runners and serious competitors alike. Train for it to build speed, strength, and endurance –and to enjoy a fun change of pace.

In the space between 5 and 21.1 lies the crowd-pleasing 10-K, a distance that caters to recreational runners and serious competitors alike. Train for it to build speed, strength, and endurance –and to enjoy a fun change of pace. – By Lindsay Emery 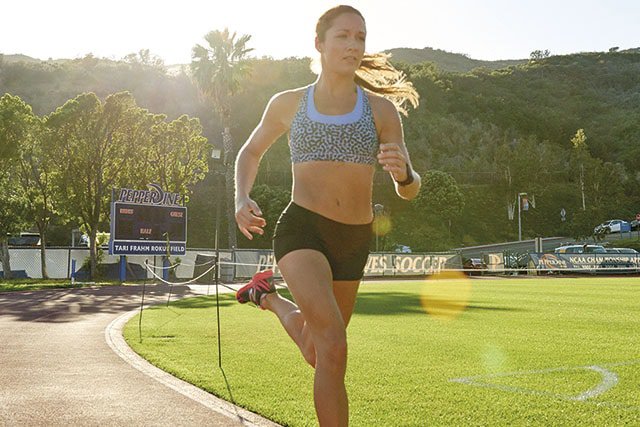 Would it surprise you to learn that one of the largest races in South Africa is a 10-K? Want to join in on the fun? Sign up, start training, and you could be on track to finish a 10-K race – or set a new PB – in just two months.

A Tip for Every Kilometre

Master the 10-K with these 10 guidelines from running experts and pro athletes.

1. First-Timers: Build Mileage Slowly
Runners who’ve finished a 5-K can move up to a 10-K, but doubling up on distance takes proper preparation. “I recommend adding 10 to 15 per cent to your total weekly mileage, spread out over two or three runs, each week,” says Pete Rea, head coach at a fitness business. If your longest run of the week is six kays, that could mean lengthening it by half a kilometre or a kilometre at a time. “Be aware that any additional time on your feet – even if it’s walking – will push you to become stronger,” he says. Find a beginner-appropriate training plan at staging.runnersworld.co.za/10km.

2. Experienced Runners: Work One In
Are you preparing for a longer goal? That’s okay – do a 10-K, too! “Racing a 10-K while training for a marathon (or half) is like getting a little bonus speedwork in preparation for that race, and you shouldn’t be surprised if you run a significant 10-K PB in the process,” says Rea. Schedule one three or four weeks into training to test your fitness and another in the final three or four weeks to practise running in a crowd and starting under control. You may have a longer training run to do that close to race day, so complete the extra mileage first and use the 10-K to simulate finishing your goal race strong on tired legs.

If you’re a serial half or full marathoner, consider taking time away to focus on shorter races like the 10-K for a complete training cycle, says Greg McMillan, an exercise physiologist and owner of his own coaching business. “When you see fitness and performance gains in a 10-K, it almost always carries into the longer distance, since it includes an ideal mix of speed and endurance training without totally wearing you out.”

3. Vary Your Workouts
The 10-K requires strength, endurance, speed, and a finishing kick, says Olympic runner Galen Rupp, who holds the American record in the 10-K (26:44.36). “Because of this, I like to do a little bit of everything in training to prepare.” You want to get practise running at goal pace, a little slower than 10-K pace (a medium effort), and faster than 10-K pace. “You also need to build up to what I think is the best 10-K workout – 3 x three kays at goal race pace,” says McMillan, who recommends planning to do it about a week and a half before race day.

4. Start with a Warm-up
If you’re doing a harder work­out – a tempo run, speed­work, or a run that includes mileage at 10-K goal pace – you need to make time for a proper warm-up. Jog for two kays, then perform 5 x 100-metre warm-up drills (like skips, grapevines, high knees, butt kicks, and toe-to-hand kicks) with a recovery jog between each. Do the same before the race if you have a time goal – 10 kays is too short to wait and hope to warm up during the race, says coach Paula Harkin, co-owner of Portland Running Company in the US. However, if your goal is simply to finish, use the first kilometre of the race as your warm-up, starting at an easy pace and gradually picking it up as you go along.

5. Hit the Track
Short intervals of 200 to 600 metres help improve leg turnover and speed, says Rupp. McMillan includes 200- and 400-metre repeats in his intermediate plan (see page 59). If you’re a less experienced runner, start with 8 x 200 metres at 90 per cent effort with a 200-metre recovery jog between each, then repeat the workout every other week, adding a few repeats each time. “To make a big difference in your overall speed and cardio capacity, try to work your way up to 20 repeats,” says Harkin. Once you’ve mastered those, you can move up to covering an equivalent distance in 400-metre repeats (with 400-metre recoveries).

6. Change Your Pace
Slow and steady will finish the race, but if you want to get faster, you need to push yourself out of your comfort zone during some long runs, says Rea. “A long run with a varied tempo teaches your mind and body how to deal with the difficult patches during a race,” he says. “It also teaches your body how to go at a higher intensity for a longer period of time.” Try a couple of long runs at an effort of seven to eight on a scale of 1 to 10, and throw in a one-minute surge (a controlled pick-up that’s about 10 to 15 seconds faster per kilometre than your regular pace) every 10 minutes. These runs are challenging, so do them no more often than once every two to three weeks.

7. Do Some Strength-Training
One of the big benefits of training for a 10-K instead of a half or full marathon is that it’s easier to fit in different types of workouts like yoga, Pilates, or circuit training. Take advantage of it: “Doing core-strengthening and flexibility exercises regularly will help better your form, prevent injury, and improve your overall efficiency,” says Amy Minkel, co-owner of US-based Fleet Feet Sports. “Ideally, you’d incorporate at least 30 minutes of core work (including abs, back, glutes, and shoulders) and a yoga session into your routine at least twice each week (on easy or cross-training days).” If you’re short on time (or if running a 10-K as a tune-up), your best bet is to squeeze in a few super-effective planks (and their many variations) whenever possible, she says.

8. Simulate the Race
Rupp has a favourite 10-K workout he’s been doing since high school: 6 to 8 x 2-kays at slightly faster than goal 10-K pace, with 400-metre jogging recovery intervals between each rep. “It’s brutal, but it really gives you a good indicator of where your fitness is,” he says. “When I run this workout well, I know I’m ready to go.” Amateur runners should scale this workout down – if you’re not running a four-minute 1 600m like Rupp does, you can achieve the same benefits from four or five repeats, says McMillan.

9. Find Some Breathing Room
With a large race comes a crowded start, and navigating that first kilometre can be tough. “The key is to get out quickly, but controlled, to create some distance between you and other runners in a race. One trick is to stick your elbows out just a little bit to help box yourself out and get more room,” says Alvina Begay, a coach with the Run SMART Project, who has a 10-K PB of 32:34. “I also think it’s okay to say something, like, ‘Watch it!’ or ‘Give me some space,’ if someone is running so close that they’re clipping your heels. If it doesn’t help, try to surge forward a little bit.” If you’re not worried about time, simply stick to the back of the pack, where it’s usually less dense. Major races use chip timing, which records the time between when you cross the starting line and when you cross the finish line, so it doesn’t matter how far back you begin.

10. Finish Fast
Better to go out easy and pass everyone in front of you than to go out hard and crumble: “Most of the fastest 10-K finishes were run where the second half of the race was faster than the first – a negative split,” says Rea. “For best results, you should run conservatively for your first 3-K, then be assertive in the middle, from about 4-K to 8-K, and kick it up at the end.” To race a negative split, practice finishing fast in training: run the last two to five kilometres of most of your long runs (those that are otherwise at an easy pace) at close to goal 10-K race pace. Beginners can just add a few one-minute pickups to the end of their weekly long runs, says Begay.

Are you up for the challenge?