Had to lay off running for a while? Don’t Panic!

Science and observation will get you back on your feet sooner than you think.

If there’s one thing you take from this article, let it be that headline. Don’t panic.

So you can’t train. You’re sick, maybe injured, perhaps just very busy; but for whatever reason, you can’t do the weekly mileage you want to, your training’s interrupted, and you can feel the fitness gains leaving your body for every minute you’re on the couch rather than out there hitting the streets, trails and tracks.

A full month off might cost you 10%. This is most definitely NOT a crisis

We all know the frustration and the growing sense of anxiety when we can’t train. We fear loss of fitness and performance – and to placate that fear, we usually push ourselves to train too soon, which invariably makes our injury or illness even worse.

I want to reassure you, with some science, that the situation is not as bad as it feels; if you understand and appreciate how fitness is lost and then regained, you will navigate this obstacle with minimal consequence.

So let’s begin by asking the obvious question when your training is halted: how much fitness am I going to lose?

The answer, realistically (and unfortunately), is not ‘zero’. There is a principle called reversibility, which basically boils down to ‘use it or lose it’. Training is the stimulus that makes you fitter, but the reverse is also true – when you take the stimulus away, the physiology of fitness runs in the opposite direction. That’s why we return from a layoff feeling less fit than before.

The first step, as they say, is acceptance.

A bigger step, however, is to appreciate how little you actually lose; and perhaps even more importantly, to establish whether you can reduce the loss, and how quickly you can earn it back.

This is all quite encouraging. Still, just as we all differ in terms of how we gain fitness, there are also large individual differences in how we lose it; some people – the lucky ones – are more resilient, and hold on to fitness for longer.

But in general, studies of detraining (where researchers take a group of fit, trained people and force them to stop for a period, usually three weeks to three months) find typical fitness and performance losses of around 2% to 3% per week. Specifically, haemoglobin levels and red blood cell count drop (they’re crucial for oxygen transport), plasma volume is reduced, skinfolds and body-fat percentage go up, muscle strength falls, fuel oxidation capacity declines; and as a result, crucial performance variables such as VO2 max, power output and time to fatigue all decrease.

The key thing to remember, however, is that they only decrease by around 2% to 3% per week. In the grand scheme of things, this is trivial. Sure, it feels like a lot, but it really isn’t. It means that if you have a two-week layoff, you’ll resume training about 5% less fit than before. A full month off might cost you 10%.

This is most definitely NOT a crisis. And besides being minimal, these losses are reversed faster than they occur, which means you’ll get back to pre-interruption levels pretty quickly. Even more encouragingly, you can make a significant impact on detraining by doing even a small amount instead of nothing. Studies on very well-trained athletes have found that if you do even 20% of your normal training volume and intensity, your fitness reversal is cut in half; if your normal programme has you running five times a week, then even one run a week, at a similar intensity, cuts the average loss of 10% to only 5%.

Obviously this is not a strategy you want to use if you’re sick or injured, because you’ll delay recovery. If these are the reasons, then doing nothing is going to give you the best chance of the quickest possible return. Or, if your injury prevents running but not cycling, then a single cycling session a week will also help cut the physiological reversal in half.

But if your training interruption is caused by life stress, a busy time at work or a family holiday, then finding even one day a week to keep the engine ticking over goes a long way towards reducing the reversal.

Point is, you don’t need five days – so relax, and don’t add to your stress by stressing about fitness!

And then the final piece of great news, alluded to earlier, is that to regain the fitness actually takes less time than the loss did. For example, if you are forced to miss a month of running, and you lose the typical 10%, then you can reasonably expect to regain that 10% in less than a month.

On average, in fact, it seems to take about half the time, which in this case would be two weeks. Conservatively, however, it’s probably best to work on a 1:1 ratio, which means that if your detraining period is four weeks long, then plan to build back to your original level over four weeks. You’ll probably get there faster, but it always pays to plan for a worst-case scenario and be patient.

When you add all this up, you’re left with some realities: one negative, two overwhelmingly positive. The negative is that detraining does cause a loss of physiology and fitness. The positives are that this loss is a) smaller than you feel and imagine, and b) so quickly reversed that any ‘despair’ you feel at not training should be contextualised – the break from training is often not what we choose, but sometimes it’s what we need.

And if you can accept it, and work within the physiology explained above, then it actually becomes a good thing.

So… don’t panic! Your body has this under control. 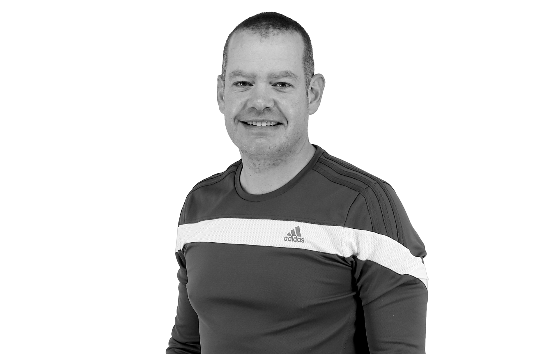 Prof. Ross Tucker is one of the world’s top sports scientists, and the co-host of the Real Science of Sport podcast.
Follow him on @scienceofsport