A lot has changed since Louis Massyn ran his first Comrades in 1973. Back then, runners had their own seconds, and instead of running on broad, smooth highways, they ran on narrow streets in the suburbs. There were no grand expos, high-tech timing systems or refreshment stations. The green number club didn’t exist. – By Mike Finch 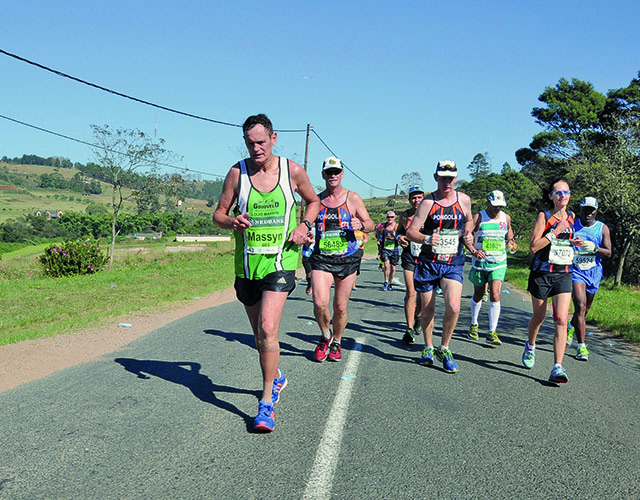 Massyn has finished the race 44 consecutive times. What makes this year different is that he is hoping to equal the record for the most Comrades ever completed by an athlete, which is currently held by Dave Rogers (who isn’t running this year, after hip surgery in 2016). To mark the occasion, 45 of Massyn’s fellow running friends have been given a T-shirt, each one emblazoned with a year – from his first Comrades in 1973, to his next in 2017.

Massyn’s reasons for coming back each year are simple. Even after 45 years, he is astounded by his body’s ability to recover from a bad patch during the Comrades. Of course pain and discomfort aren’t pleasurable, he says; but if you hang in there, within a matter of a few kilometres you could be feeling entirely different. Even when extremely hot berg winds blew thick dust across Cato Ridge and Camperdown in 2013, Massyn never felt in danger of not finishing.

But the aspect of the race that brings Massyn most joy is inspiring others. That, and the congratulations he receives from fellow athletes and spectators, and the opportunity the Comrades gives him to mentor his fellow athletes. 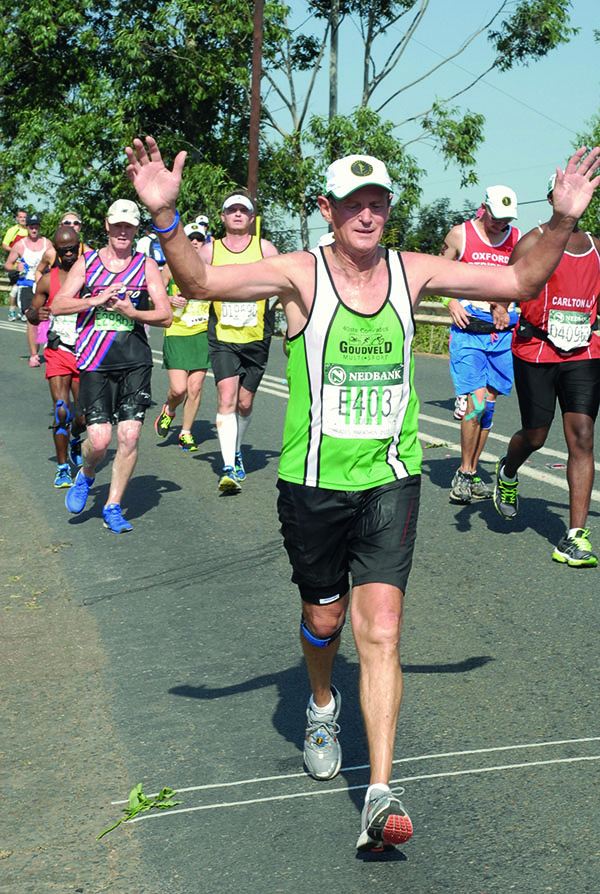 He recalls helping an Australian girl through the last 10km of the race, at his 40th Comrades in 2013. On entering the stadium, she stopped and gave him a huge hug. And four years ago, Massyn became the man who presents athletes with their green numbers.

Massyn describes 2017 as a bumper year in his running career. In April, he also completed his 42nd consecutive Two Oceans 56km. It will be eight years before any other runner can achieve 40 in both races.

Can Massyn make it to 50? Only time will tell. But given the amount of time he has already devoted to fulfilling his long-term goal, becoming part of Comrades history by breaking the record in 2018 will be nothing short of an honour.

For more Comrades inspiration, grab a copy of the June issue, on sale now.