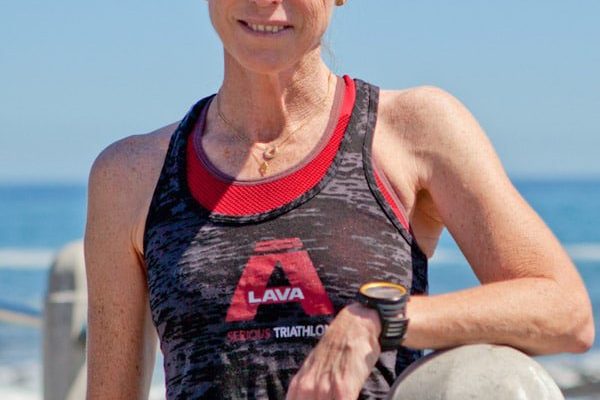 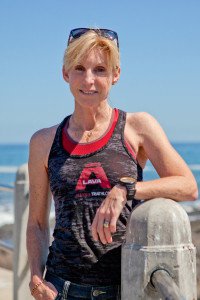 Former Durbanite Paula Newby-Fraser is one of the legends of Ironman triathlon racing, along with the likes of Mark Allen, Dave Scott and Scott Tinley. Having won the famed Ironman World Championships in Kona a record eight times, starting in 1986, Newby-Fraser is often called ‘The Queen of Kona’, and was once named the fittest woman in the world.

Her dedication to training was renowned, as was her resilience. Besides her winning performances, Newby-Fraser was equally well-known for her legendary blow-up at the 1995 Ironman championships, when – while leading – she ‘hit the wall’ 400m from the finish line, and collapsed on the ground. Despite spending 20 minutes recovering, Newby-Fraser eventually got up and walked over the line, to finish in fourth. She went on to win again in 1996. Paula Newby-Fraser was recently in South Africa to support the ‘I Play Fair’ campaign.

You spent most of your formative years in SA, and become a legend in the sport of Ironman. How much of your SA upbringing played a role in that?

Growing up in South Arica is basically THE influence that led me to being an athlete. I spent my formative years totally immersed in sports (remember, we didn’t get any real TV in SA until late in the 1970s!). I did everything – swimming, ballet, netball, hockey, horse riding, karate. As far back as I remember, I spent every spare moment outdoors being active. On top of that, the culture of the country is so active, and athletes so recognised. To top it all, endurance-style events were simply the norm, and not unusual. I watched the Dusi every year, the Comrades… everyone around me was involved, one way or another.

Over the years of racing, who have you admired?

Bruce Fordyce remains the only ‘athletic’ picture I’ve had – and still have – up on my wall. The Comrades Marathon set my standard for what endurance sport is all about, and he is the standard of a truly great athlete – incredible talent, and smarts to go with it. Watching his race execution every year was incredible. Growing up in Durban, the Comrades was part of the fibre of society, and pretty much all around in my life.

If you look at the times athletes are posting for races these days, they are roughly the same as they were 20 years ago. Is it not about the bike?

Ignorance is bliss. Sport, and everything around it, has evolved into big business – and with that has come innovation: instruction on how and why to do everything from training, eating, and equipment, to what to expect and what not to expect, etc. The passion, ‘inward’ lessons, and connection to trusting yourself through your own means are almost gone.

Athletes are now told what is possible, and how, and given all the objective parameters to get it done. The opportunities to let go, and see what passion and courage can reveal, are getting lost in heart rates, power meters, grams per hour, what my coach says, and all of that. It has tremendous value for beginners and the broad spectrum of people coming into the sport; but at the top end, more individual, subjective faith and passion for the sport is as valuable – and what is needed to push the envelope.

You mentioned that you were a follower of Tim Noakes’s thoughts on a high-fat, high-protein diet – can you explain your thoughts on nutrition, as an athlete?

Prof Noakes, singularly, has had the most influence on how I viewed endurance sports, and nurtured the faith I had to do what I ‘felt’ was best. As far back as 1988 he was looking at the effects of a higher-fat diet in the run-up to endurance events, as opposed to high carbohydrates. He shared his views back then. And as I grew up in South Africa… a high-protein, high-fat diet was a given, my whole life. I preceded the ‘low-fat’ wave that took over the dietary world.

The reality is that it simply made sense. A bowl of pasta and salad never got the job done or sustained me as an athlete prior to a long training or racing day, or even on a day-to-day basis for training. The nutrition issue is much like the training issue – a more subjective connection to how you feel, based on what you eat, is logical. Take away the hard limits of ‘can’ and ‘can’t’, and this is where I land, predominantly – even well past my competitive and training life. On a more general note: the nutrition arena is something athletes just overthink, and it has become so complex. Step back, and you’ll see that athletes were getting it done 20 or 30 years ago without engineered products and all the bits and pieces. At the end of the day, a Coke and a Kit-Kat will get anyone out of a bind and keep the motor running.

What do you miss about South Africa, if anything?

The celebration of all sports and athletes makes me nostalgic. In the US, the ‘industry’ of sport is very much driven by the big-market spectator sports. It’s that pioneering spirit that I’m so reminded of, being back in SA, and the scale of enthusiasm from the general public is wonderful.

And of course, Marmite and great biltong are sorely missed when I run out!

It is and it isn’t. Depends on what you think is crazy: if you grow up watching Dusi, which is a multi-day event, Ironman doesn’t seem so ridiculous. When you see so many around you doing long and challenging events – that isn’t the definition of ‘crazy’. Now that Ironman has become more popular, people look around and see who’s doing it, and it opens up the gate. It just takes a few to do it and others to see them, and the doors are blown off. We all need to be challenged and feel the range of our limits – for the actively inclined, it’s not that crazy. It’s simple human drive… if I can go one mile, surely I can go two… 50… a 100. It helps us define ourselves to ourselves, and get a glimpse of how truly strong (and courageous) we are.

That is very empowering.

You won the World Ironman champs eight times – describe the feeling of winning an event like that? It’s amazing when you execute a task perfectly. It’s somewhat unbelievable in the excitement of the moment, but so deeply satisfying to connect with oneself and get it done when it counts.

What are you up these days? Do you still train regularly?

I ‘exercise’ almost every day – but not training. There is no rhyme or reason to anything other than what I am inspired to do, and time constraints. It’s almost all off-road. Trail running and mountain biking are the activities that inspire me to get out the door. I absolutely love being off-road, in beautiful environments and on the peace of the trails. It’s my grounding force. Occasionally, if it works, I’ll jump into an event – like a mountain bike race, or trail run. I like to think I am always relatively fit – that if something pops up, I can go and do it; it’s not an issue, and I don’t have to ‘train’ for it.

What’s always in your fridge?