On 25 November 2016, Steve and Eleanor Pienaar not only finished the Antarctic Marathon; they became the first South African couple to complete a marathon on all seven continents. Eleanor Pienaar shares her fond memories of travelling and running for 11 years. 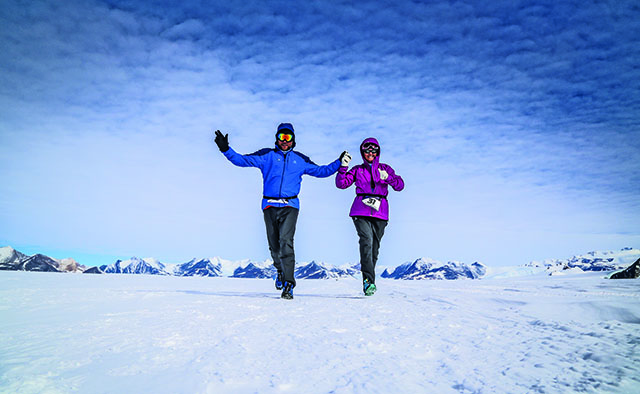 Steve and I had both run marathons in South Africa. Steve had achieved his Comrades green number, and I my back-to-back medal. But we needed a new challenge. We love to travel and we love to run, so we decided to combine our two passions by touring the international races.

First stop: the London Marathon. My family live in the UK, and we ran it in celebration of my dad’s 60th birthday – he himself has finished 13 Comrades.

It’s all about preparation. Each of the marathons we ran required extensive research. New York, London, Sydney and Rio are flat road races, similar to what you’ll find at a city marathon in South Africa. But the terrain on the Great Wall of China and in the Antarctic is different. 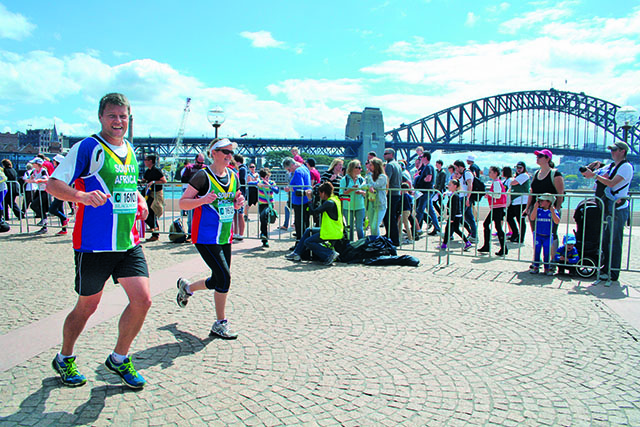 The Great Wall Marathon is rated as one of the world’s most challenging marathons, because it includes 5 164 steps – some are small, some are large, and others are so steep you have to use your hands to climb them.

Ahead of the Antarctic Ice Marathon, we were advised to train inside a freezer, in order to acclimatise to the conditions! Steve and I worked out at -25 degrees, wearing all the kit we planned to wear on race day.

Running has no boundaries. On all seven continents, we ran with people of all nationalities, races, shapes and sizes. Regardless of where participants came from, the camaraderie we experienced at each race was electric. It was as if the entire human race had become one, striving for the same goal together: the finish line.

Steve is a stronger runner than me. I’m a slow runner who loves to chat.

Our marriage has been taken to new levels. We’ve learned to give and take, and to always keep in mind that the end goal is worth the pain it takes to get there. (Steve has also learned that I’m a lot stronger than I look!) 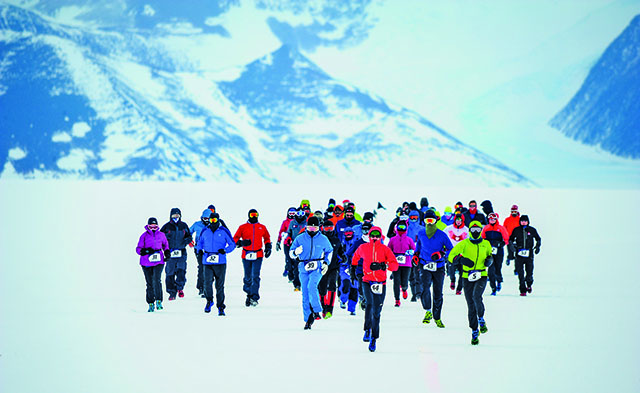 We didn’t think we would make it to the sixth continent. But when we did, the idea of stopping wasn’t an option. At that point, we had sacrificed too much to give up.

Crossing the finish line of our final marathon was an emotional experience. One kilometre from the finish, I was already shedding hot tears, which were melting the snow on my cheeks. I felt blessed to have completed this amazing adventure with my husband.

Steve and I are an ordinary couple. But we set out to achieve an extraordinary goal. We still can’t believe we’ve done it! An added bonus: we hadn’t set out to become the first South African couple to complete seven marathons on seven continents – the news was a welcome surprise.