Run For The Oceans & Fight Ocean Plastic With adidas

Lace up and turn kilometres into cash with the adidas Run For The Oceans campaign. Sign up now to make a difference!

By 2050, scientists believe there will be more plastic in the oceans than fish. Sure, you recycle your running shoes and shop for kit from environmentally friendly running brands – but if you’ve ever wanted to do more, adidas is here to help!

Run For The Oceans

World Oceans Day was celebrated on Saturday 8 June and saw adidas once again kick off its ‘Run for the Oceans’ movement, aimed at getting runners around the world to lace up for a good cause.

Last year, adidas invested $1 million (the equivalent of R15m) raised from Run For The Oceans to support the Parley Ocean School Programme, which educated and empowered 100,000 youth in affected coastal areas to take a stand for our oceans. The partnership saw five million pairs of shoes created using recycled ocean plastic in 2018 alone, and the goal for 2019 is to produce eleven million pairs…

Run For The Oceans 2019 is currently underway, giving you the chance to make a difference. For every kilometre you run between 8-16 June, adidas will contribute $1 (around R14,77*) to Parley Ocean School programmes, with the increased goal of raising over $1.5 million (the equivalent of R22m). With the money raised, they will continue investing in the next phase of the partnership and will launch the Parley youth activist platform.

The platform will host a digital curriculum that equips learners with the skills, tools and knowledge required to protect the planet’s oceans. It will also act as a digital space where young people can come together, share ideas and gain access to events, mentors and tools.

To join the movement and Run For The Oceans, runners worldwide can sign up and track their runs by joining the Run For The Oceans movement on the Runtastic app between 8-16 June. For every kilometre run, adidas will contribute $1 to the Parley Ocean School (capped at $1.5 million).

For more information and to sign up, visit adidas.com/runfortheoceans.

Timed to coincide with Run For The Oceans 2019, adidas have introduced its Alphabounce+ Parley trainer, crafted from upcycled plastic waste delivering eco-innovation and style without compromising on performance. The Alphabounce+ Parley is designed with maximum support and comfort in mind, with tuned forging, a welded lacing system and an optimised fit. 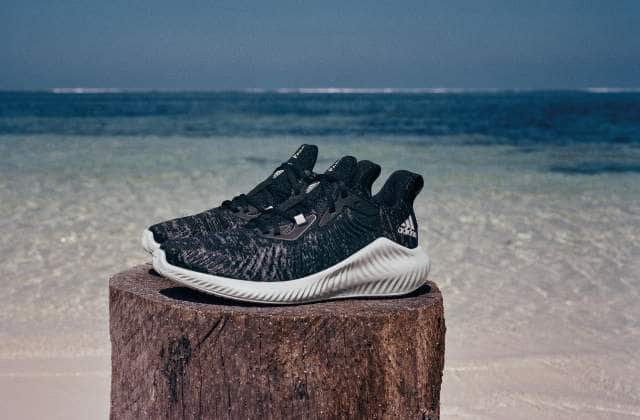 *R14,77 is the rand/dollar exchange rate at the time of publishing this article.