Ryan Scott looks into the delicacies of Men In Tights – and answers that eternal, angst-fuelled question: shorts, or no shorts?

In the beginning, there was track and field. And by ‘beginning’, I mean the 1980s.

Men strode confidently onto the athletics track in short, skin-tight tights. Not a thought was given to the presentation of the, er, package; and let’s face it, those short-shorts had been pulled so high and tight in the previous decade that maximum exposure levels had already been reached.

Great Britain’s Linford Christie was an early adopter, lining up in the 100m at the 1988 Seoul Olympics alongside the likes of shorts-wearing Carl Lewis and Ben Johnson, and claimed a silver medal for his trouble. Lewis and others soon followed his example, and the men’s running tights phenomenon spilled over [Say what?! – Ed.] into the leisure activity of running with minimum controversy. 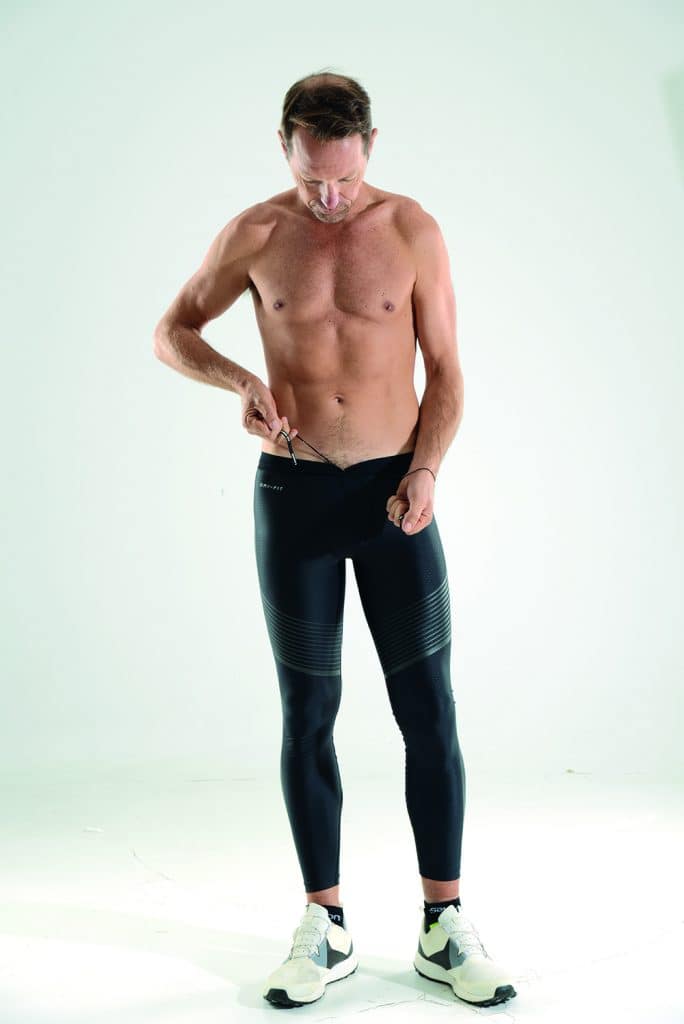 Battle of the Bulge

For the next 15 years (especially in colder climates, perhaps unsurprisingly), more and more runners could and did choose to wear tights both short and long, with little regard for potentially being accused of causing offence to fellow runners or others inadvertently exposed to underwear-less Lycra leggings.

No one paid any attention to what turned out to be a ticking fashion time bomb; all the big running brands offered men’s running tights, and none ever suggested or encouraged the safety-net of wearing shorts over the form-fitting fabric to cover any noticeable frontal bulges.

Then the turn of the century ushered in a new millennium, and along with the new pop culture of Apple stores and Google taking over the internet, basketball players and gym goers embraced a new fashion trend. Tights under huge, baggy shorts became a big thing in the early 2000s, with Kobe Bryant and others bringing slick-fitting leggings to the fore as an essential item in any athlete’s wardrobe – but always accompanied by a pair of form-hiding shorts.

Though runners had enjoyed the luxury of a gradual introduction to tights, the new trend caught other sportsmen too abruptly. Big egos were all too happy to show off muscled, Lycra-bound legs; but nothing higher. A coy stance became the status quo of the new tights explosion, carrying the message that tights sans shorts was a no-no.

This fashion trend was then ‘reverse engineered’ back to runners; we were – and in many minds, we still are – expected to step into line with the tights-wearing newbies, by covering up our embarrassing bulges. 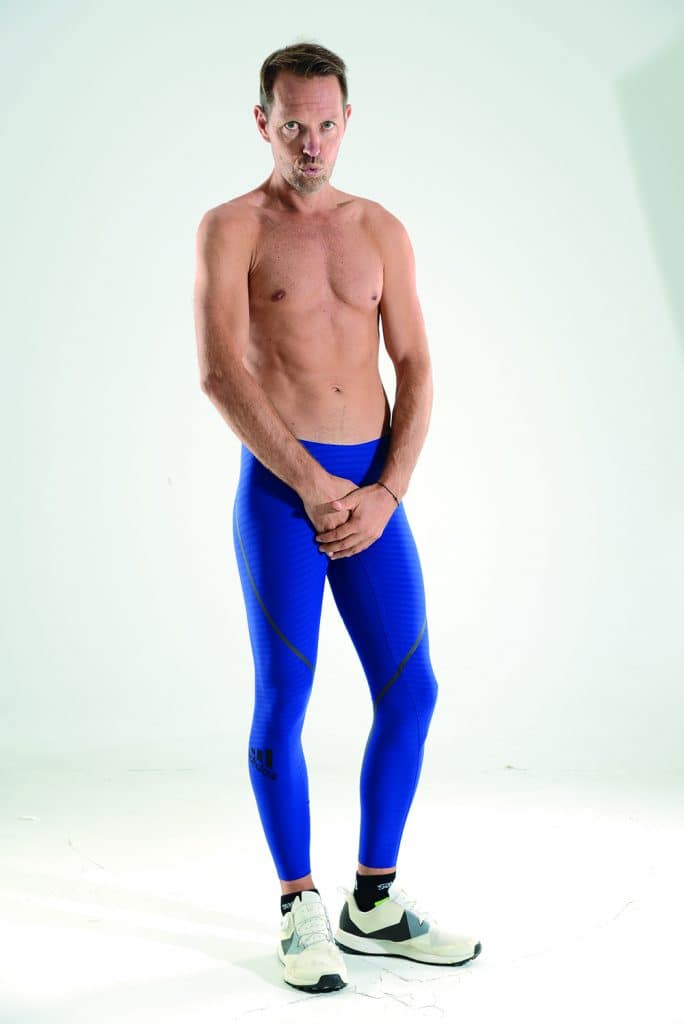 The introduction of long-legged compression and undergarments has made the waters even murkier. But when it comes to standard running tights, there’s really no need for confusion. Fashion etiquette may be ambiguous, but take it from us – running in tights and no shorts is absolutely acceptable.
Our, er, bottom line: if you’re confident enough to run in tights only – and we don’t mean the kind of confidence some achieve by packing what looks like a third leg into their longs – that’s the key to making your decision. Why get all stressed out about the issue?

1. If there’s a Y-front pouch sewn into the front of the waist, you’re wearing long johns, not tights.

2. Make sure your tights have a drawstring at the waist; tie it firmly above the hipbone to avoid slippage.

3. Check that your tights fit firmly at the ankles.

4. Don’t be tempted to wear women’s tights: they are not unisex. Men’s tights have a men-specific design at the crotch.

5. Tights are not designed to be worn with underwear. Tight Lycra over your jocks simply does not work.