The third version of the shoe is even lighter than the last. 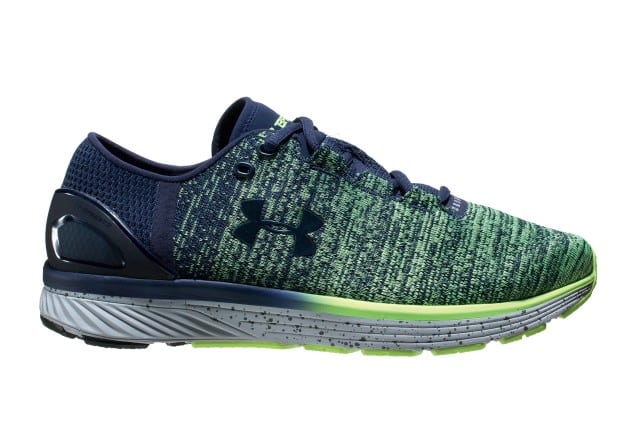 At first glance, the lightweight look of the Bandit gives the impression that it won’t deliver much cushioning, but the firm heel and forefoot are very soft, and the new dual-density-charged midsole helps with a smooth transition to toe-off. The third version of the shoe is even lighter than the last, and it keeps the foot locked down with foot-form-hugging SpeedForm fabric and an external heel counter. For such a good-looking shoe, it’s a pity the plastic heel cup needs to be so prominent, as it detracts from the aesthetics of the shoe while doing its job of securing the foot. A full covering of high-abrasion-resistant rubber on the outsole adds some robust attributes where you need them most on a shoe. One last change is the profile, which has dropped from 10mm to 8mm from heel to toe.

READ MORE ON: gear under armour