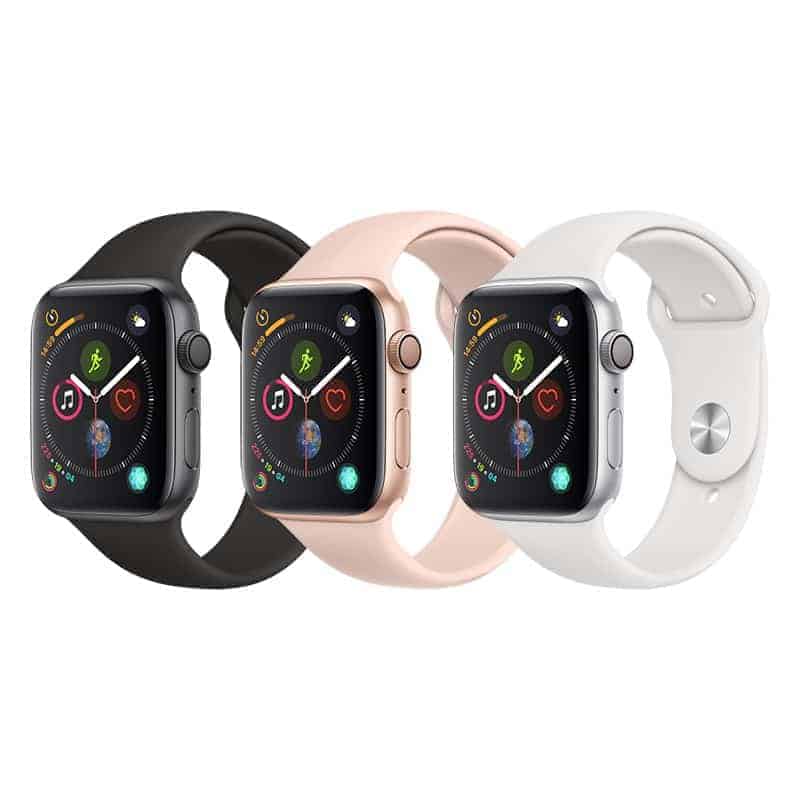 Quick take:
The best smartwatch gets even better, with great new features for runners.

Why we like it: Just like the previous-generation Apple Watch, Series 4 lets you leave your phone at home but still be connected to the outside world (if you opt for the GPS+Cellular version). While the watch looks almost identical to AW3, the new model boasts 30 per cent more space on the screen, so everything is easier to see – and easier to tap, like when you’re launching an app. Apple have also increased battery life by an hour, extending up to six hours when doing an outdoor run. Exciting new health features include the ability to detect falls – and call emergency services if you’re unresponsive.

Battery Life: Up to 18 hours

Quick take:
Polar breaks new ground as the first running watch in the world to track power from the wrist.

Why we like it: If you’re a runner, the Polar Vantage V has everything you need in a multi-sport watch: GPS, heart-rate monitor, pace, distance, etc. But it also measures power from the wrist. Now here’s the techie bit: Polar measures power using a combination of an on-board barometer that knows when you’re climbing hills, and a GPS-based speedo that knows how fast you’re running.

Clever scientists have worked out the correlation between speed and power in the lab and created an algorithm that estimates your power and displays it on your watch. In practice you get a number in watts, just like you would for pace or heart rate, and you can use this to govern your runs (for example, on a recent 5-K I spent 21 per cent of my workout running in my hardest power zone – shown in red in the Polar Flow smartphone app). Using Bluetooth Smart, you can find your data on the Polar Flow app and replay your run as well as study your stats. The Vantage V uses the same GPS chip as the Suunto 9, but it weighs only 66g; and one tester reported it felt less chunky on her wrist. 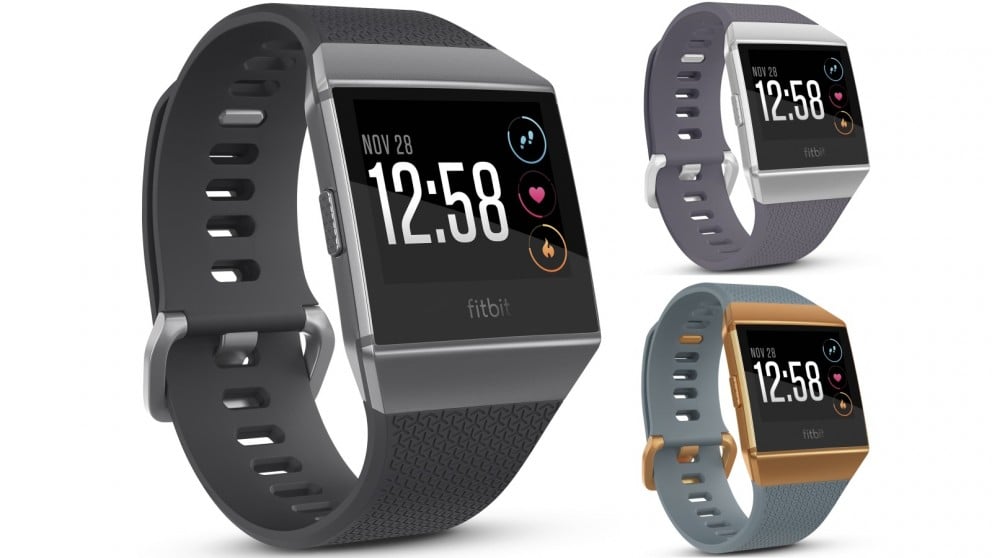 Why we like it: FitBit’s first foray into the world of advanced smartwatches, the Ionic incorporates a range of features, including an optical heart-rate monitor, built-in GPS, altimeter, accelerometer, gyroscope, on-board music and NFC payments, all packed into a rich and intuitive user interface.

FitBit built their own operating system for this watch, which means third-party apps are limited (Strava, Pandora, and Starbucks are available now), although more will probably be added soon. On the fitness side, the Ionic tracks several different activities, including running, swimming and cycling, and we particularly liked its ‘Coach’ feature, which will lead you through bodyweight workouts – a simple way to spice up your gym routine.

Battery Life: Up to 10 hours on GPS 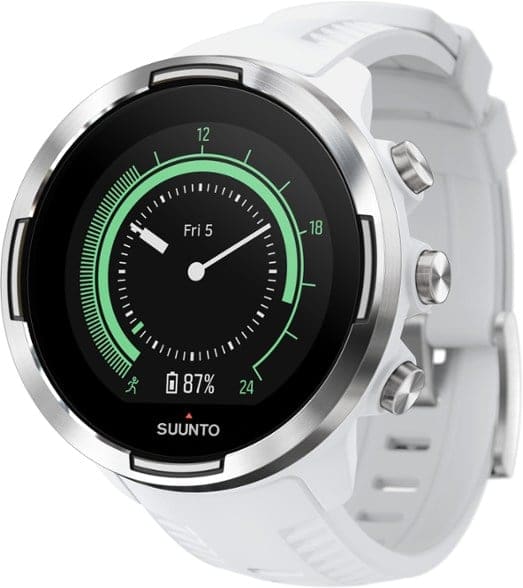 Quick take: A multi-sport GPS watch that ultra-runners will love – the battery lasts for days at a time.

Why we like it: Everything about this watch is big – including the face. But that allows it to pack in a massive battery, especially for ultra-runners in remote areas. Suunto claims a mind-blowing 120 hours with GPS active using the ‘Ultra’ setting, which records your geolocation only every two minutes rather than the usual every few seconds. Using FusedTrack™ technology, it draws on other metrics to fill in the gaps, such as sensor data, barometer readings, altitude and elevation gain. Bonus: if the watch senses that your battery is running low, it will give you a reminder to switch to a different power mode, so it will last longer – and it also predicts battery life based on your activity history. 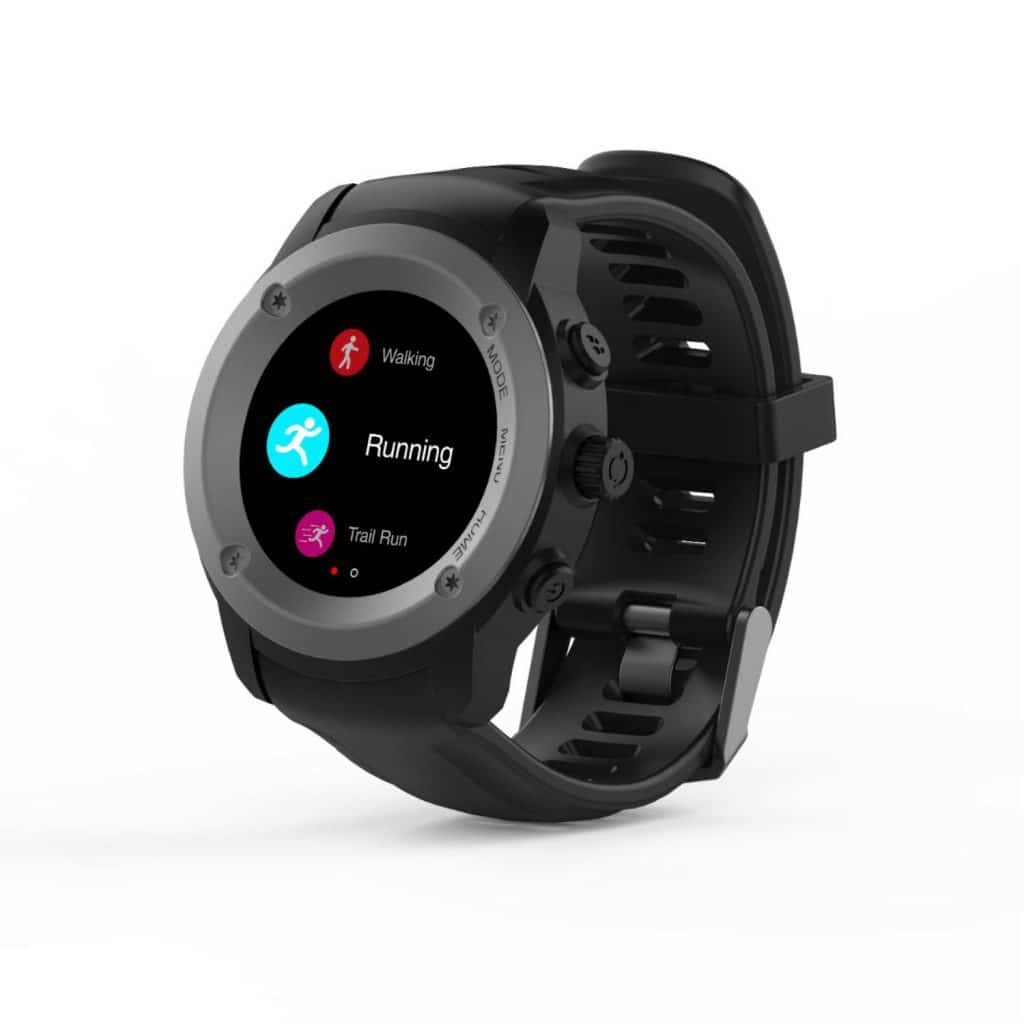 Quick Take: all the features of a smartwatch and GPS multi-sport watch – at a lower price point.

Why we like it: The Delta features built-in GPS, a wrist-based optical heart-rate sensor and the ability to make and receive calls – and it measures barometric air pressure and altitude. The question is: as the Delta costs less, does it stand up to the more expensive watch brands? I did a 45-minute recovery run with the Delta on one wrist and a pricier timepiece on my other wrist, and found per-kilometre pace and heart-rate readings to be pretty accurate.

Syncing the Delta to the DoFit GPS app was quick, and once there I could see graphical information about my heart rate and altitude. The app connects with Strava, where I could view my splits. Also useful was the extra 400mAh adaptor, which – like a power bank – helped me to stay charged any time, anywhere.

Connectivity: Bluetooth, iOS 8.0 and above, Android 4.4 and above, Strava

Battery life: Up to three to five days in watch mode, and up to nine hours in GPS mode 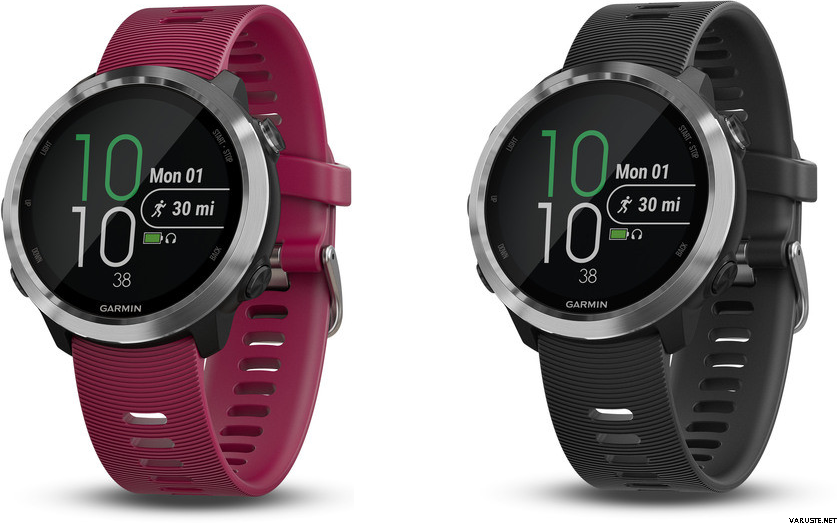 Why we like it: You can store up to 500 songs on the Forerunner 645, and listen to music without having to take your phone with you on the run. You can sync music playlists for offline listening from select streaming services such as Spotify and Deezer straight to the watch, and then pair it with wireless Bluetooth headphones. The watch also has a nifty Garmin Pay contactless payment feature, which allows you to make convenient payments on the go with your watch. If like me you find it tricky to navigate a touchscreen when your hands are sweaty, you’ll find the 645’s buttons easy to use. I took this watch on an easy 50-minute run, and found the GPS and wrist-based heart-rate monitor to be very accurate. 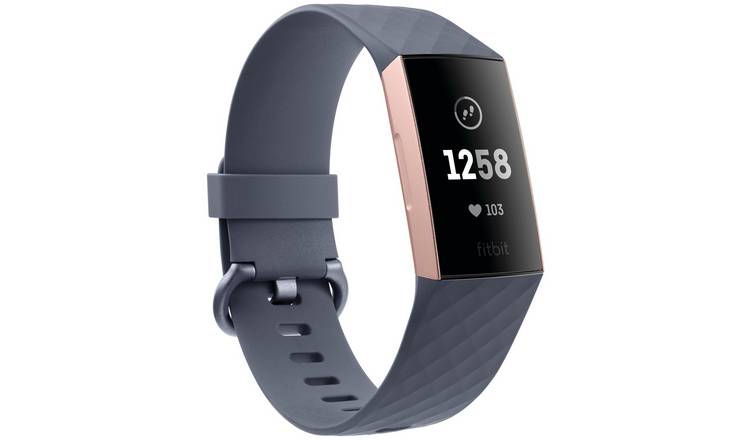 Quick take: On the go feedback, FitBit Pay, and smart notifications as you run.

Why we like it: Newly updated, the third generation of the FitBit Charge has a bigger screen, plus a heart-rate tracker, guided breathing, a swimming tracker, and the option of FitBit Pay (currently for FNB and RMB clients only). When it comes to what you see on the run, if your watch is connected to your phone via GPS you’ll be able to get a good idea of your pace and the distance run. You’ll also be able to set yourself goals, and set reminders to move more throughout the day.

Battery life: Up to seven days (including sleep tracking)

Why we like it: Wrist-based heart-rate monitors have undoubtedly improved, but they’re still not as accurate as a chest-strap heart-rate monitor. Wahoo have introduced a monitor intended to be worn on your forearm instead. It uses an optical sensor – as opposed to the ECG typically found in a chest-strap monitor – to work out how often blood is pulsing through your veins. I found it more comfortable to wear and easier to put on and adjust than a chest strap, and equally accurate. It connected easily to my smartphone.