Two world records fell at the Adizero Road to Records event in Herzogenaurach, Germany on Sunday. Senbere Teferi shattered the outright world record in the 5K, and Anges Tirop lowered the women’s only 10K world record by 28 seconds.

Taking advantage of the record attempts organiSed by Adidas in a road racing festival named after the brand’s signature shoe, both runners achieved historic marks after near-misses at the podium in the 5,000-meter final at the Tokyo Games six weeks ago, which was won by Sifan Hassan. 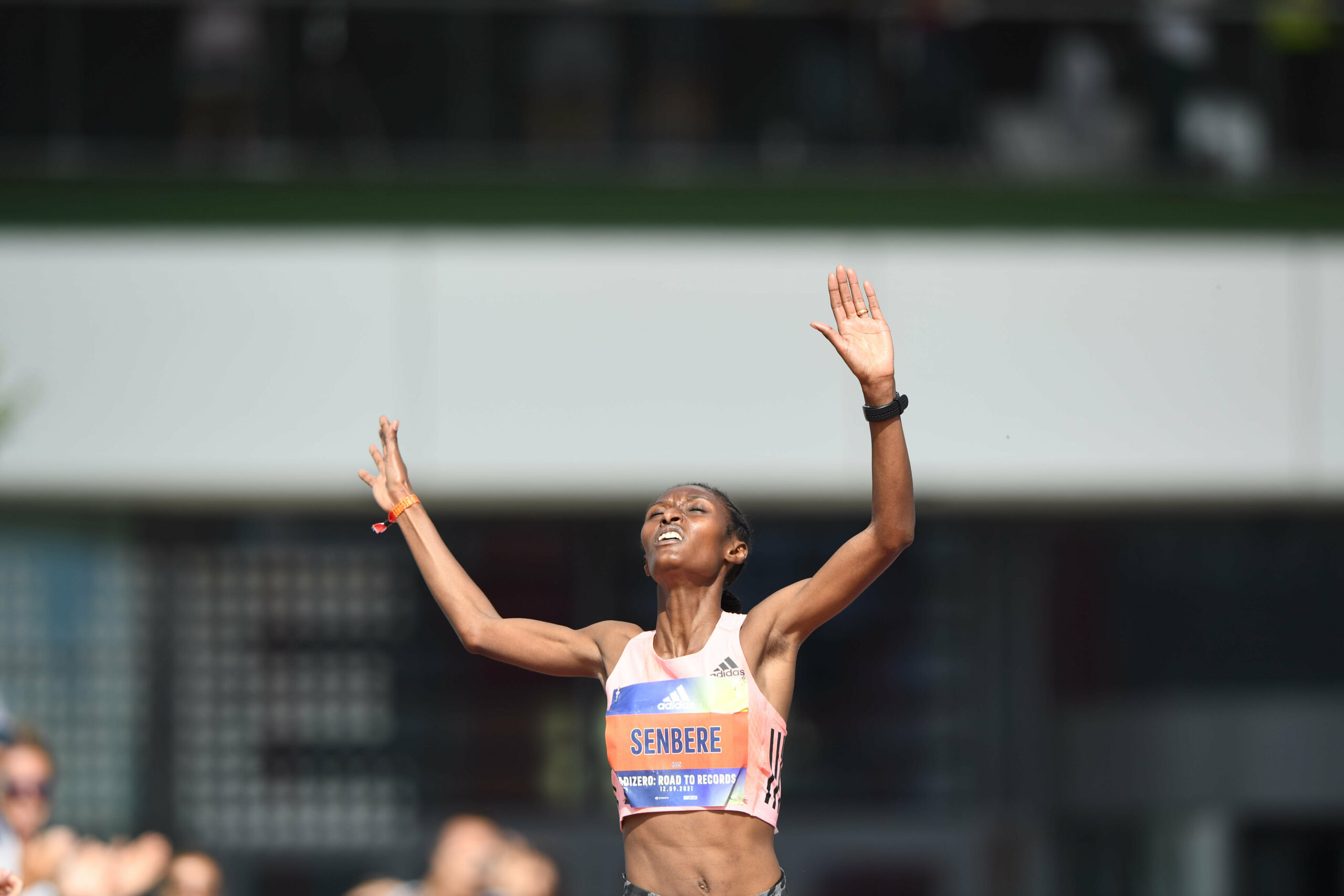 In the women’s 5K, Teferi clocked 14:29 in a mostly solo effort on the roads surrounding Adidas headquarters. Teferi’s time broke the previous record of 14:43 set by Beatrice Chepkoech in February at the 2021 Monaco Run, and the women’s-only world record of 14:44 set by Sifan Hassan in 2019. She also beat the fastest 5K in history – 14:32 set by Joyciline Jepkosgei – before the distance became an official world record event.

The 26-year-old from Ethiopia ran with the field through the first kilometre in 2:57. She pulled away from her competitors around four minutes into the race and continued to distance herself, splitting 5:46 for the first two kilometres. By 4K (11:37), Teferi established a significant gap up front and ultimately reached the finish line 25 seconds ahead of runner-up Melknat Wudu.

Teferi finished sixth in the 5,000 metres in Tokyo, her second appearance at the Olympics.

“After the Olympics, I knew I was ready to get this world record but today I did it,” the world championship silver medalist said on the race broadcast. “I’m very happy.”

Tirop averaged a 4:49 split on the road en route to the 10K women’s-only world record.

The pair broke away from the lead pack heading into the first 5K, which they reached in 15:00. With about two kilometres left, Tirop made her move to pull away from Chepkirui. The 25-year-old held her lead all the way into the finish line, beating Chepkirui by 16 seconds and obliterating the previous women’s-only world record of 30:29 set by Asmae Leghzaoui in 2002. The world record set in a mixed race is 29:43, also run by Jepkosgei.

‘I didn’t expect to break the world record until I saw the time at halfway,” Tirop told Runner’s World South Africa. “Conditions were very good for us today and I started running at 3:02 mins/km but finished off running 2:50.”

Tirop will continue to focus on the 10km distances and will another 10km event in Switzerland in October. She has now plans to run any of the big city marathons.

Tirop’s performance follows a fourth-place finish in the 5000m final in Tokyo, her first time representing Kenya at the Games. She earned back-to-back bronze medals in the 10 000m at the 2017 and 2019 IAAF World Championships after winning the individual title at the 2015 IAAF World Cross-Country Championships.